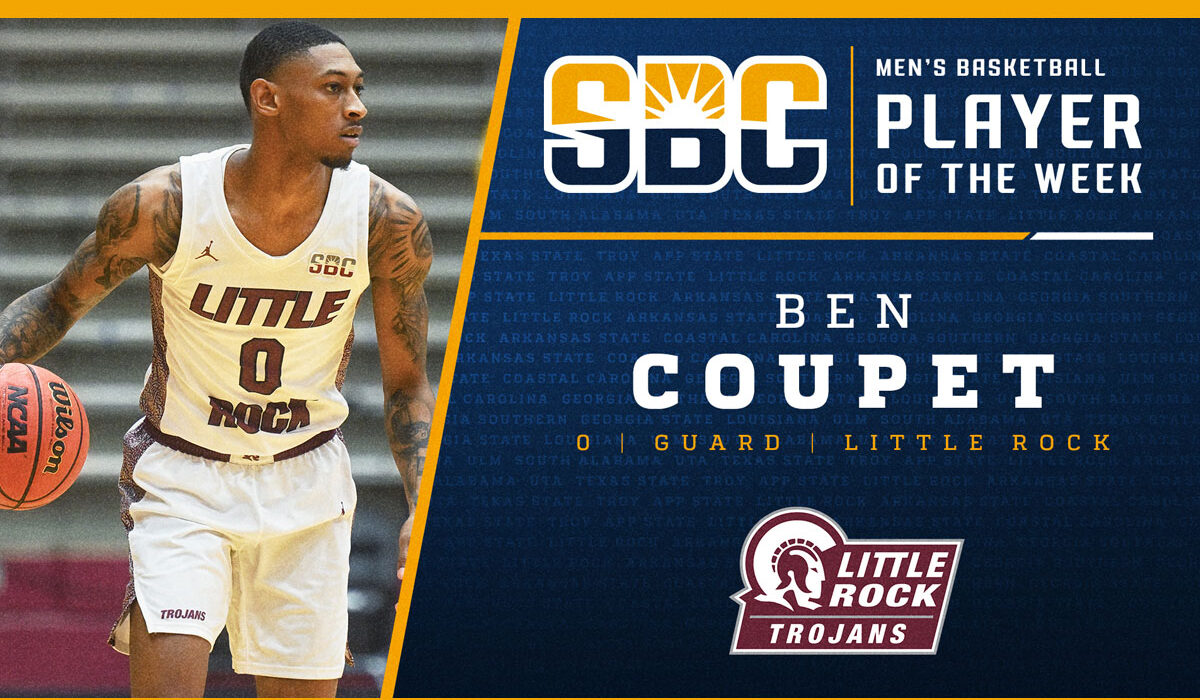 NEW ORLEANS –  The Sun Belt  announced its men’s basketball player of the week on Monday.

On Saturday, Coupet scored 26 points on 7-of-9 shooting and 6-of-8 from three-point range leading the Trojans to a 75-62 win. He scored 18 of his 26 points in the second half, helping the Trojans pull away. The senior guard also added six rebounds and an assist. He played 38 minutes in both games.

This season, the 12 Sun Belt schools will be split into a West Division and an East Division and will play divisional opponents during the regular season to minimize travel amid the COVID-19 pandemic.

All 12 schools will compete in the Sun Belt Conference Championship which will be held March 5-8, 2021 in Pensacola, Fla.