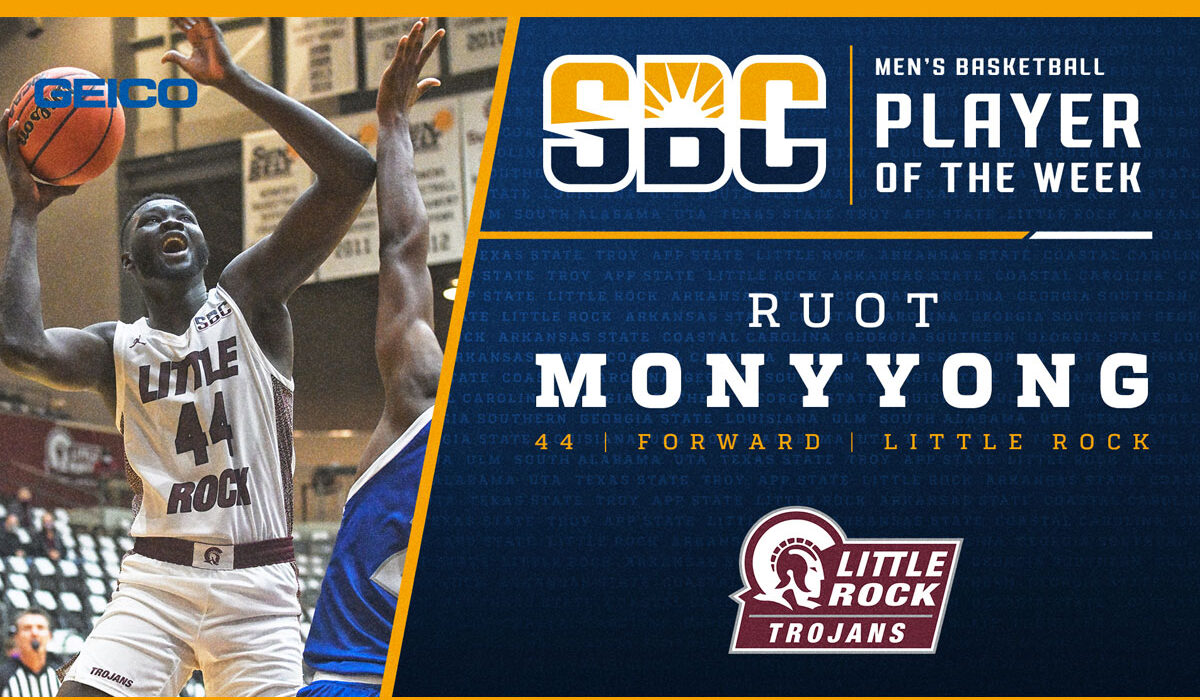 Monyyong notched a pair of impressive double-doubles in Little Rock’s weekend split at Louisiana, averaging 18.0 points and 14.5 rebounds while shooting 52% from the floor and going 10-of-15 from the line.

In Friday’s game, he had 17 points on 8-for-15 shooting with 13 rebounds, two assists and a block. On Saturday he scored 19 points with 16 rebounds and went 9-for-11 from the line, helping lead Little Rock to the overtime win. In Sun Belt play, Monyyong is averaging 19.3 points and 13.0 rebounds per game. He has seven double-doubles on the year (top-five nationally and leads the Sun Belt) and has 23 for his Trojan career.