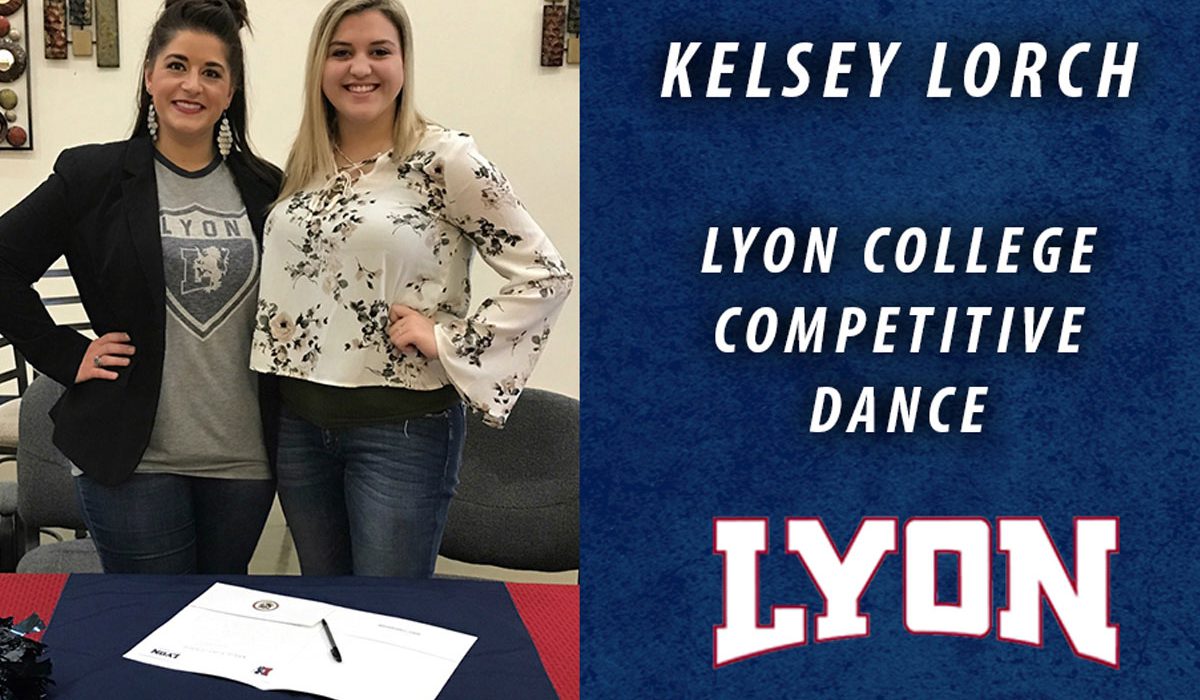 BATESVILLE – Lyon College head cheer and dance coach, Kristen McMullin, has announced the signing of Kelsey Lorch, who is set to join the dance team this upcoming 2018-19 school year. Lorch is the first student-athlete to sign with the Lyon College dance team as the program was established as a varsity sport this past fall.

“I am very excited to have Kelsey join us as the very first member of the competitive dance program here at Lyon after it became a new varsity sport for the college this past fall,” McMullin said. “Kelsey has a lot of experience as a competitive dancer. She is a passionate person and brings a ton of energy! I am really excited to have her as a member of the dance team.”

Lorch has danced competitively for 11 years. During that span, she has won numerous accolades, including Judges Choice awards, photogenic and overall top ten awards. Lorch competed with the Triumph National Team during 2017-18. She earned a Regional Explosive Entertainer title with Triumph in 2018. Lorch earned a runner-up title at the Star Quest Senior competition in 2018. Lorch was a Celebration Senior winner in 2017. In 2016, she was the Rainbow Regional Dancer of the Year and earned the Celebration Overall Entertainer award. Lorch was named as the Talent on Parade Holiday Spectacular Queen in 2015. She was a member on the Talent on Parade National All-Star Team from 2007-17 and a KAR New York Nominee from 2006-15. Lorch was able to perform on the big stage during college football season as a dancer for UDA (Universal Dance Association) at the Capital One Bowl.