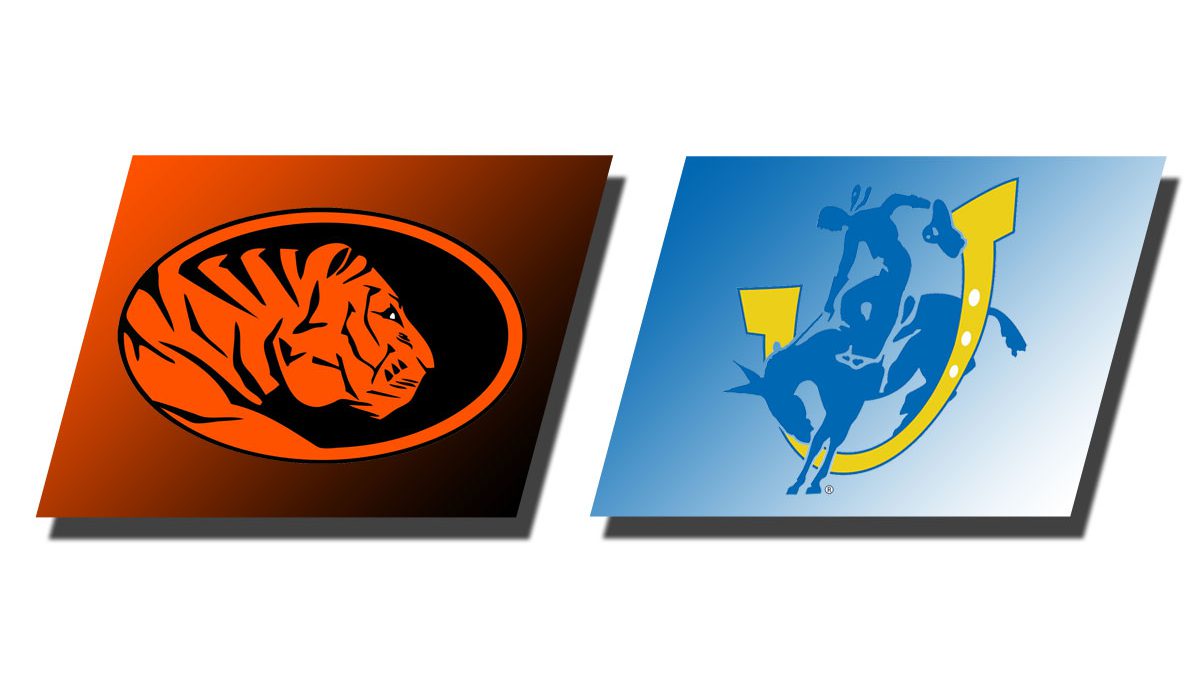 MAGNOLIA – Junior guard Aaron Lucas lofted a last second shot along the far baseline which banked in during the final seconds of overtime in Saturday afternoon’s Great American Conference matchup between Southern Arkansas and East Central and the Muleriders claimed a vital 76-75 win over the Tigers in the home finale from inside the W.T. Watson Center. The victory pushes SAU’s overall record to 13-13 and the Muleriders are back at .500 in league play with a 10-10 mark. With four tickets left to be punched for the GAC’s postseason party in Bartlesville, Southern Arkansas is currently tied for sixth with ECU and one game up on 9-11 Ouachita with two games to play.

With under eight seconds to play in overtime, Lucas strolled around a screen to take the inbounds pass from freshman Dodge Brown along the baseline. Brown, who dropped a career-high 16 points on a career-best five made trifectas, broke for the corner. Lucas turned and faked a pass to Brown in the corner, which drew two defenders to defend the potential three-point attempt, and Lucas then pivoted toward the goal as he used his right hand to hoist a shot off of the glass to give the Muleriders a late lead at 76-75. The final Tiger attempt from near half court fell short as SAU picked up its third-consecutive victory.

SAU led by 10 points at the intermission, while ECU outscored the Muleriders 46-36 in the final twenty minutes to force overtime. After shooting 1-of-8 from three-point range in the first half, ECU dropped six of their ten attempts in the second half to help force the bonus period. In the extra five minutes, Brown and Lucas each connected on a three-point shot as Lucas’ make opened scoring, while Brown’s brought SAU to within 75-74 of the lead with 1:01 to play.

In forcing overtime, the Muleriders used a jumper from the stroke of redshirt freshman Trent Ivy which tied the game at 68 moments before the Tigers’ Camron Talley was unable to sink a last second drive inside.

Sophomore combo Jalen Brooks led the Muleriders with 18 points, nine rebounds, two assists, two blocks and a steal. Junior Devante Brooksscored a dozen points and also recorded nine boards, two assist, one block and a steal in 41 minutes of action. Lucas did not leave the floor as he played all 45 minutes and finished with ten points and seven assists.

Southern Arkansas will put its postseason chances on the line this coming weekend in the Sooner State as the final Thursday-Saturday swing of the regular season sends the team to Bethany and Shawnee where Southern Nazarene and Oklahoma Baptist await respectively. Both teams have locked up a spot in the conference tournament with the Crimson Storm currently holding the No. 1 seed, while Oklahoma Baptist is currently at the No. 4 spot.