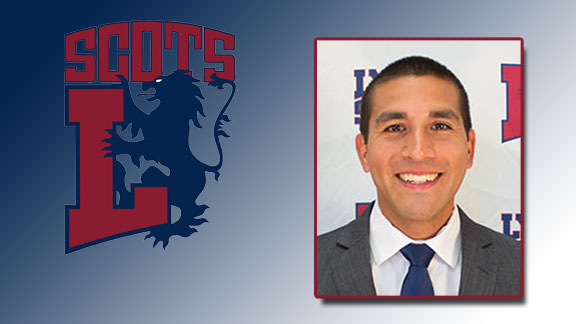 BATESVILLE – Lyon College has made a pair of coaching changes involving its intercollegiate soccer teams, according to Director of Athletics Kevin Jenkins. Michael Brookshire, who has been the head coach of the Scots men’s squad for the past four seasons, has announced his resignation to pursue other business opportunities. Lyon women’s coach Chris Bocanegra will now be taking over the men’s program, effective immediately.

Jenkins stated that a national search is currently underway to find a new women’s head coach at Lyon.

Bocanegra takes over the men’s program after serving as the top assistant for the men and women’s programs for three seasons (2012-14) and then taking over the head coaching position for the Scot women in 2015.

In his first season as head coach, Bocanegra led the Lyon women’s soccer program to a 12-6-2 overall record and 8-2-2 conference record. The team also made an AMC Tournament Semifinals appearance. The 12 wins matched a program best, which last occurred in 2013.

He takes over a men’s program that finished the season with an all-time best record of 14-3-1 and advanced to the NAIA National Championship Tournament for the first time a year ago. Lyon recorded a program-record 13 shutouts on the season and earned a No. 24 ranking at the end of the season. The Scots dropped their opening-round game to 13th-ranked Union College, 1-0, in double-overtime.

A graduate of Southern Wesleyan University, Bocanegra was part of the NAIA Region Tournament in 2005 and in 2007 where SWU was a semifinalist losing to Auburn University of Montgomery that was No. 2 in the nation at the time. SWU was also the NCCAA Region Finalist in 2006 and 2008.

Not only did Bocanegra find success with his team, but he also received several accolades for his individual performance. In 2005 and 2006, he was named All-Conference by the Southern States Athletic Conference (SSAC) and added selections on the National Christian College Athletic Association (NCCAA) All-Region Team for all four of his collegiate years.

Bocanegra graduated with two degrees from SWU with a Bachelor of Science in Business Administration and Sport Management.

Jonathan Rivera, who is beginning his second season at Lyon, will continue to serve as the top assistant for both the men and women’s teams in 2016.