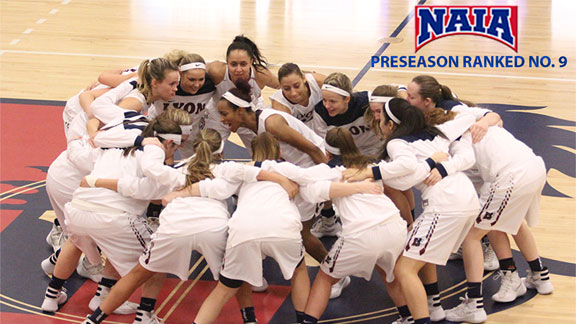 BATESVILLE – The Lyon College women’s basketball team will open the 2016-17 season ranked No. 9 in the NAIA Top 25 Preseason Poll, which was announced by the national office on Tuesday.

The Scots are coming off a season in which they set a program record with 30 wins going 30-4 overall and 22-2 in the American Midwest Conference. The team also won their first outright regular season and conference championship. Lyon also made their fifth straight trip to the NAIA National Tournament, falling to preseason ranked No. 18 University of the Great Falls (Mont.) in the second round.

The Scots also had a 19-game winning streak and boasted a 17-1 record inside Becknell Gymnasium last year.

Other teams from the AMC ranked in the poll are Freed-Hardeman University and Columbia College. The Lions sit one spot ahead of the Scots at No. 8, while the Cougars are ranked No. 20.