Mustangs beat Pioneers to pick up third win in a row 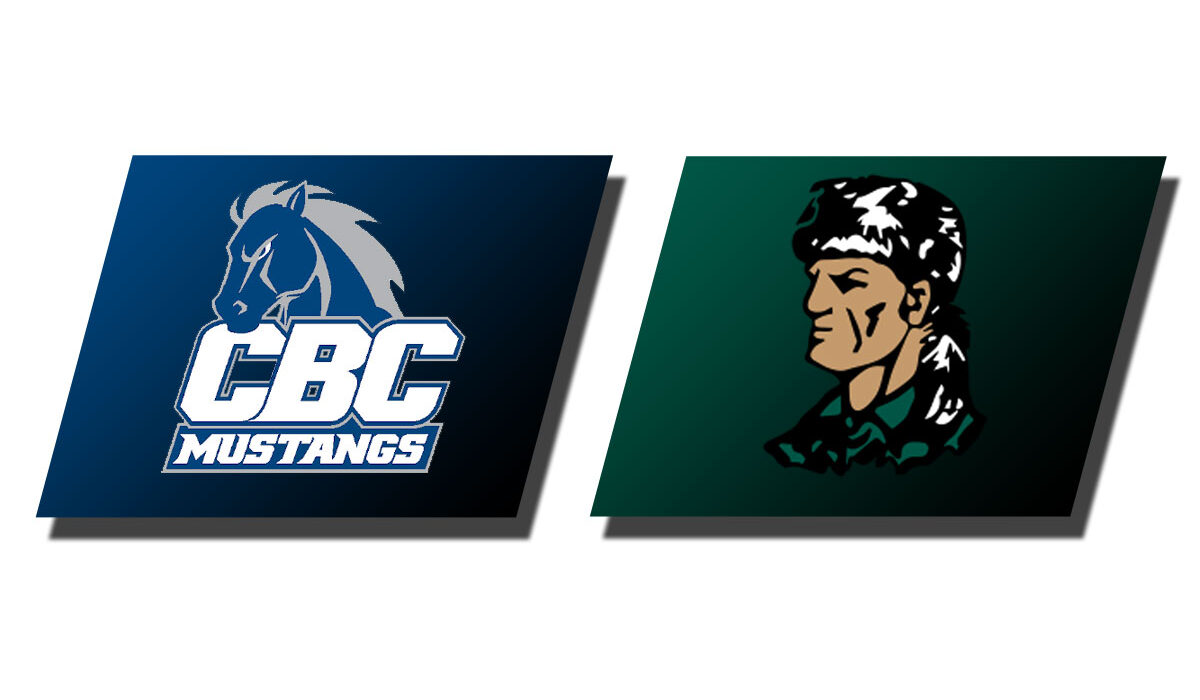 PARAGOULD – Playing their third game in less than a week, Central Baptist College men’s basketball took on the Pioneers of Crowley’s Ridge tonight at the Carter Activities Center. CBC (3-2) used a hot shooting first half to claim a big lead and they never trailed, beating CRC (1-6) 87-62.

Tedrick Wolfe (SR/DeWitt, Ark.) led five Mustangs in double figures with 16 points. Zach Hudson (SR/Jackson, Miss.) notched his second career double-double with 14 points and a career-high 17 rebounds while also blocking four shots. Brevin Brimble (JR/Colorado Springs, Colo.) chipped in with 12, and TaJuan Johnson(SR/Chicago, Ill.) and Kelvin Robinson (SR/Little Rock, Ark.) both had 11 apiece. CBC shot 56 percent from the floor and from three in the first half and finished 50 percent for the game from the floor and 33 percent from three while making 16 of their 21 free throw attempts. The Mustangs also dominated on the glass, outrebounding the Pioneers 58-29.

Brimble made the first basket of the game, a three 25 seconds into the contest, and CBC set sail from there, racing out to a 49-27 lead at the half. CBC never led by less than 15 the rest of the game and cruised to their third straight 25-plus point win.

The Mustangs have a quick turnaround as they will be back on the floor tomorrow night at Reddin Fieldhouse for a contest against Ecclesia. Tip-off is slated for 6 p.m. with limited attendance policies in place