Mustangs make it four in a row with win over Pioneers 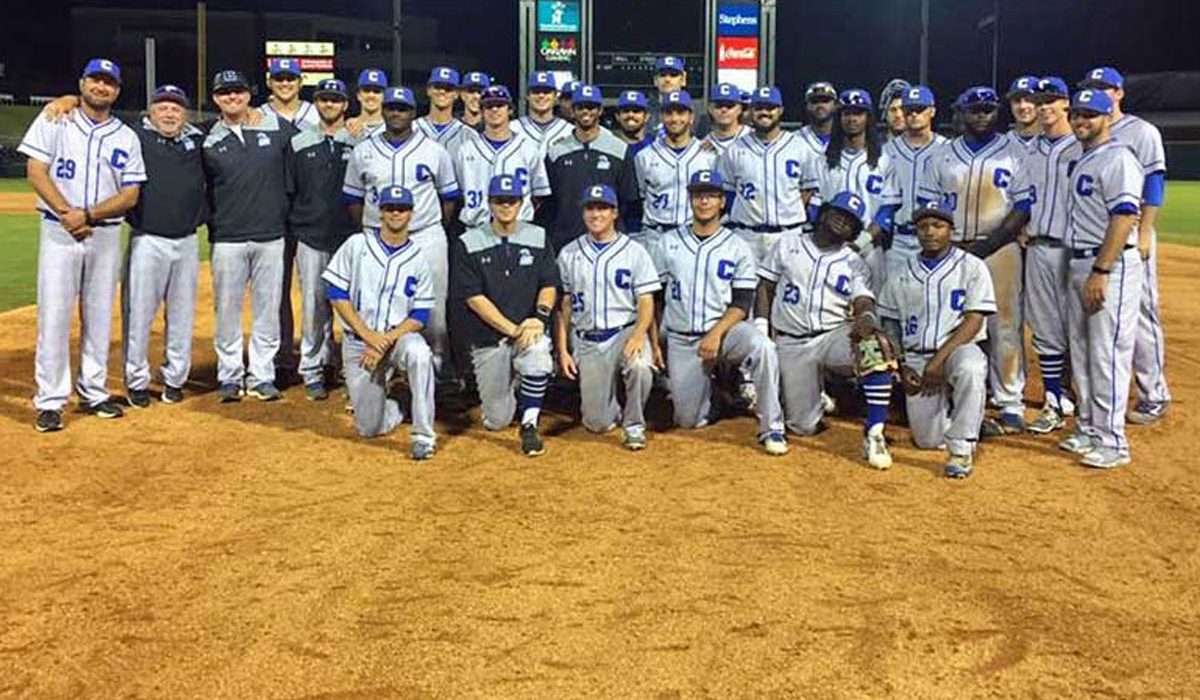 LITTLE ROCK –  Dickey-Stephens Park, the home of the Arkansas Travelers, was the setting for the match-up between Central Baptist College and Crowley’s Ridge College.  The game, sponsored by First Security Bank, was originally to be played with Harding University.  A scheduling conflict allowed the change and the Pioneers were ready to take advantage.  CBCwore down Crowley’s in the later innings to take an 11-6 victory.

The Mustangs are now 2-0 in major league affiliated parks having won earlier in October in St. Louis at Busch Stadium.

Crowley’s scored first on a couple hits and an error by CBC.  The Mustangs came back with three in the bottom half of the first thanks to two errors by the Pioneers.  Crowley’s Ridge would score in the third, fourth and fifth to take the lead 5-3 before CBC would answer in the bottom with two runs on a Santez Richardson (SR/Donalsonville, GA) single that scored Jalin Lawson (SR/Troy, AL) and Monterio May (SR/Helican, AL).

CBC would then score in every inning for a total of 15 hits coupled with seven Pioneer errors.

L’Donta Howard (SO/Freeman, AR) went 4-for-5 on the day with four RBI and scored once.

Jose Delmar (JR/Maracaibo, Venezuela), in middle relief, would pick up the win in 3.2 innings of work.  Delmar allowed one run on two hits, walked two and struck out three.

CBC ends the regular season on the road, traveling to Williams Baptist for a three-game AMC series.  Friday’s single game is slated to start at 1:00 pm with a Saturday doubleheader beginning at noon.