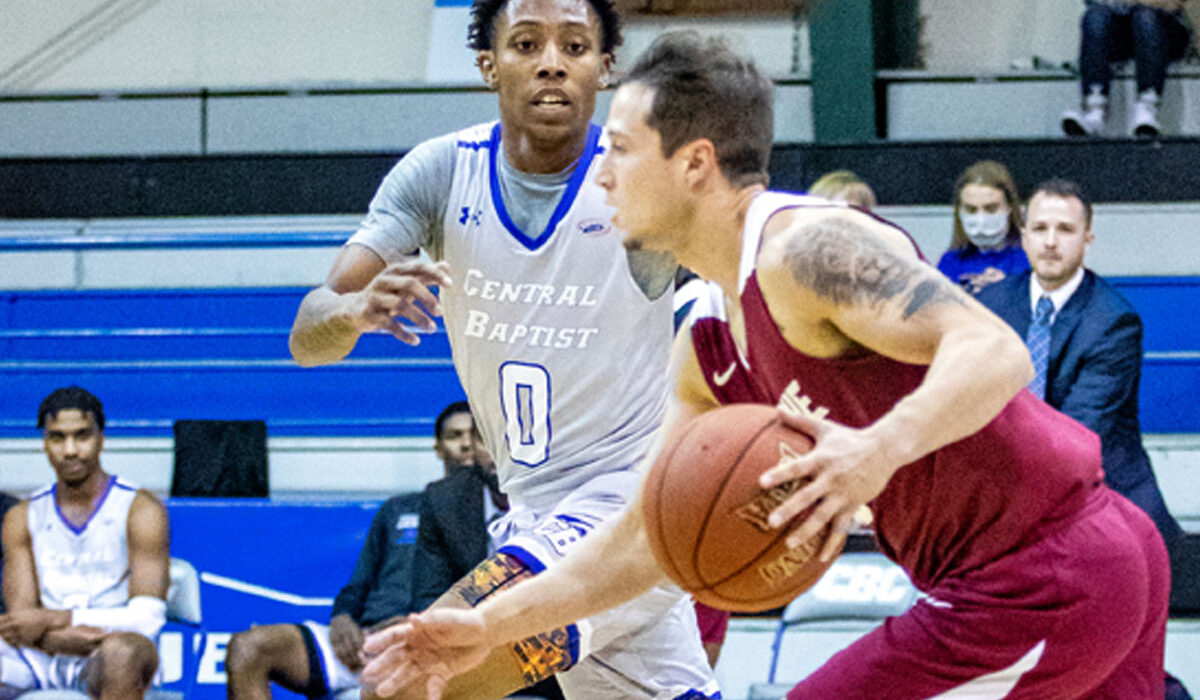 SPRINGDALE, Ark. – Looking to even their record for the season, Central Baptist College men’s basketball headed to the Jones Center tonight for a matchup with the Royals of Ecclesia College. CBC (2-2) shot over 55 percent for the game and cruised to a 92-43 win over EC (1-4).

The Mustangs finished 55.7 percent from the field for the game and made 35 percent of their threes, holding Ecclesia to 24.6 percent overall and 22 percent from three. Kelvin Robinson (SR/Little Rock, Ark.) led four players in double figures with 18 while barely missing his first career double-double with nine rebounds. TaJuan Johnson (SR/Chicago, Ill.) added 16, Zach Hudson (SR/Jackson, Miss.) had 13 and Jordan Parker (SR/Lafayette, La.) chipped in with 12 for CBC. The Mustangs never trailed, leading by 50 at one point in the second half.

Next up for CBC is a trip to Crowley’s Ridge on Monday night. Tip-off from the Carter Activities Center is set for 6 p.m.