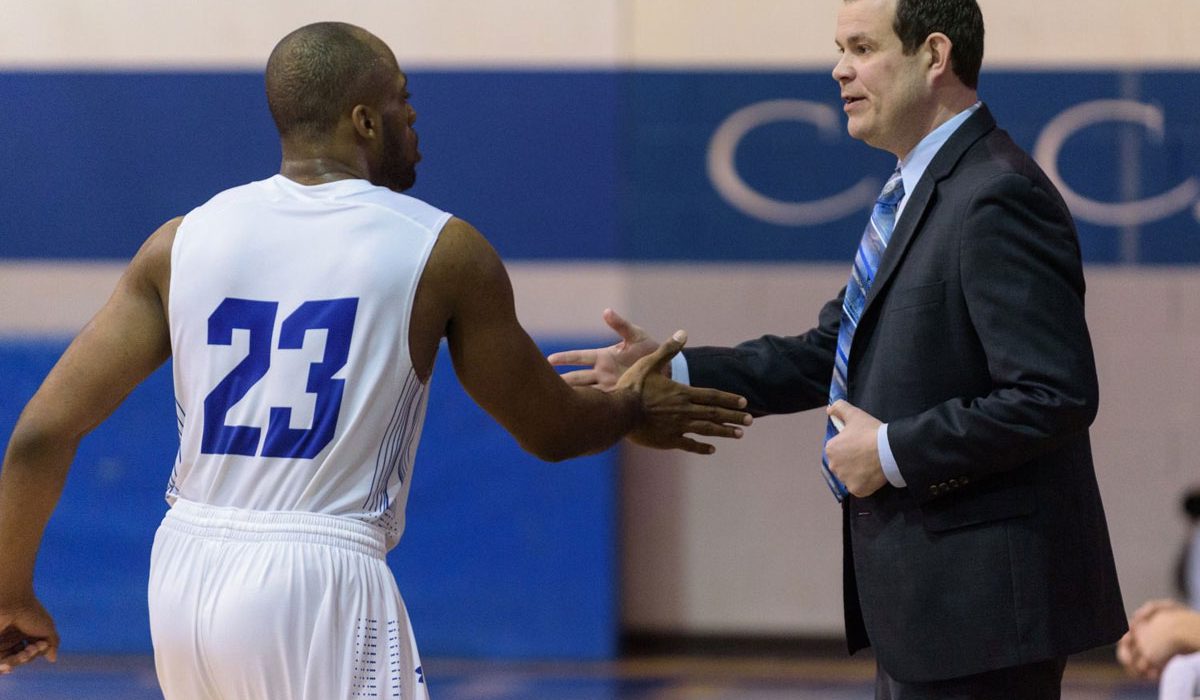 WALNUT RIDGE, Ark. – Looking for their 10th consecutive victory and the season sweep of American Midwest Conference rival Williams Baptist, Central Baptist College men’s basketball traveled tonight looking to achieve a milestone. The Mustangs (16-5, 12-4 AMC) led 44-43 at the half and used a hot shooting second half to pull away from the Eagles (12-10, 8-9 AMC) to win 99-86.​

“Tonight was a great road win for us,” said head coach Chris Wright, who earned his 100th career victory as a head coach with the win. “We played extremely hard and dominated them on the glass, and to me, that was the difference in the game.”

Of his 100th win, Wright said: “It was definitely extra special because of (the way we played). Good players make good coaches and I’ve been fortunate to coach a lot of really good ones over my five years as a head coach. I’ve also had a lot of great assistant coaches, so all the credit goes to those two groups of men.

CBC returns home for their next game on Saturday at 3 p.m., as they will host the Lions of Freed-Hardeman. The Mustangs will seek their 11th straight victory and a season sweep of the Lions.