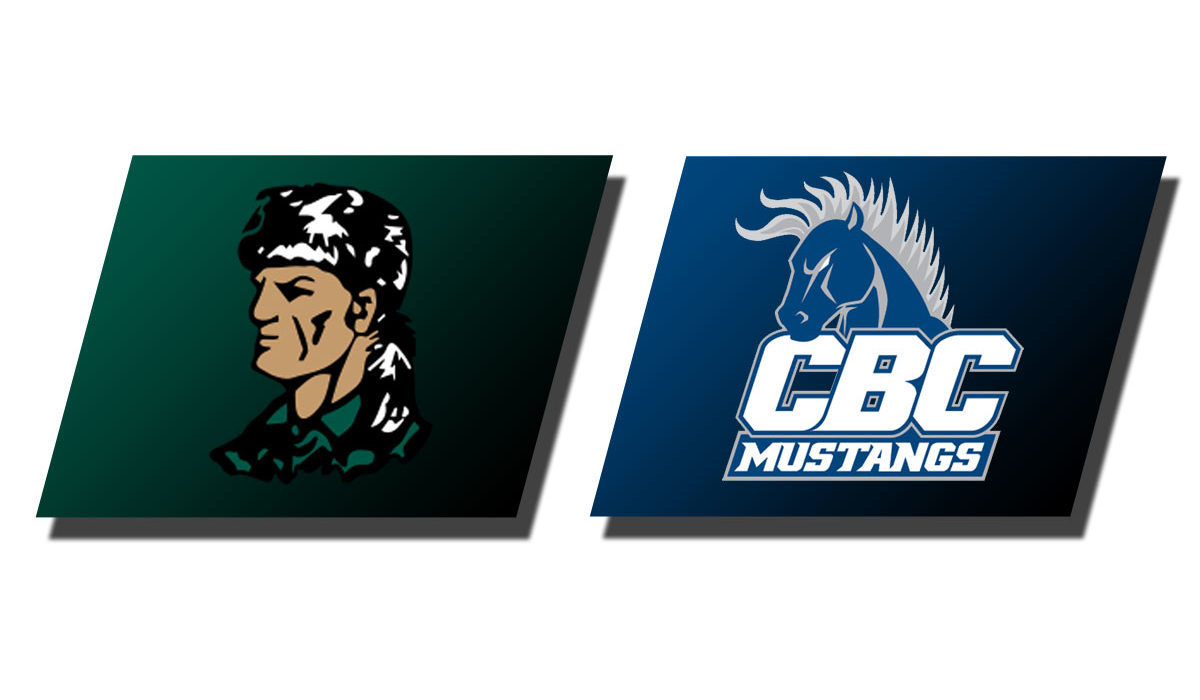 CONWAY – Stepping out of American Midwest Conference play for the final time in the 2019-20 season, Central Baptist College women’s basketball hosted the Pioneers of Crowley’s Ridge tonight at Reddin Fieldhouse. A pair of Lady Mustangs, Holly Allen (JR/Cabot, Ark.) and Kory Westerman (SR/Greenbrier, Ark.), both had history making nights as CBC (10-4) cruised to a 102-49 win over CRC (5-12).

Allen finished the game with 34 points, including a new single-game program record with 10 three-point field goals made, and moved into third place on the all-time scoring list, passing Karli Kenley to get there, bringing her to 830 for her career. Westerman posted the first triple-double ever in women’s basketball history, scoring 10 points, grabbing 12 rebounds and making a single-game program record 11 steals, becoming the first player in program history as well to record more than 10 steals in a game. Beyond Allen and Westerman, four other Lady Mustangs finished in double figures scoring, with Aaliyah Cash (SO/Vilonia, Ark.) posting 11 points, and Sierra Carrier (SR/Eugene, Ore.), Macie Hopkins (FR/Pangburn, Ark.) and Grace Coates (JR/Two Rivers, Ark.) all finishing with 10. The Lady Mustangs were +25 on the glass (49-24) and forced 34 turnovers compared to committing just 13. CBC never trailed in the contest, with the score tied only once, 3-3, early in the first quarter.

The first quarter was owned by the Mustangs, who raced out to a 19-8 lead before settling back to 26-17 at the end of one. Crowley’s Ridge knocked the lead down to six, 26-20, early in the second quarter, before Allen hit a three to stretch the lead back to nine. A layup by Coates two possessions later stretched it to 31-20 before a mini 4-0 run by the Pioneers brought the lead down to 31-24. Another Allen three made the lead 34-24 and the Lady Mustangs closed the quarter on a 13-0 run, holding CRC without a field goal for the final 5:29 to into the locker room with a 43-24 lead.

Allen would open the second half with another three to make it 37-24. Westerman’s historic steal, her 10th of the game to break the former single game record, came at the 6:15 mark in the third quarter and setup a basket by Cash 18 seconds later to make the score 56-31. CBC would lead 67-38 after three.

The fourth quarter was a very historic quarter for the Lady Mustangs. Westerman got her 10th rebound of the night with 8:52 left in the fourth to give her a double-double and she completed the triple-double at the free throw line 10 seconds later, knocking down a pair of free throws, for points nine & 10 to complete the historic feat. Allen, who entered the fourth quarter with 16 points, scored 18 points in the fourth on six three-pointers to finish with her 34. The historic 10th three came at the 1:41 mark left in the game and put CBC up 96-47.

Next up for CBC is a visit to No. 12 Columbia on Thursday night for an AMC tilt. Tip-off is slated for 5:30 p.m. and you can catch live coverage of the game by liking Central Baptist College Athletics on Facebook and following @gocbcmustangs on Twitter and Instagram.