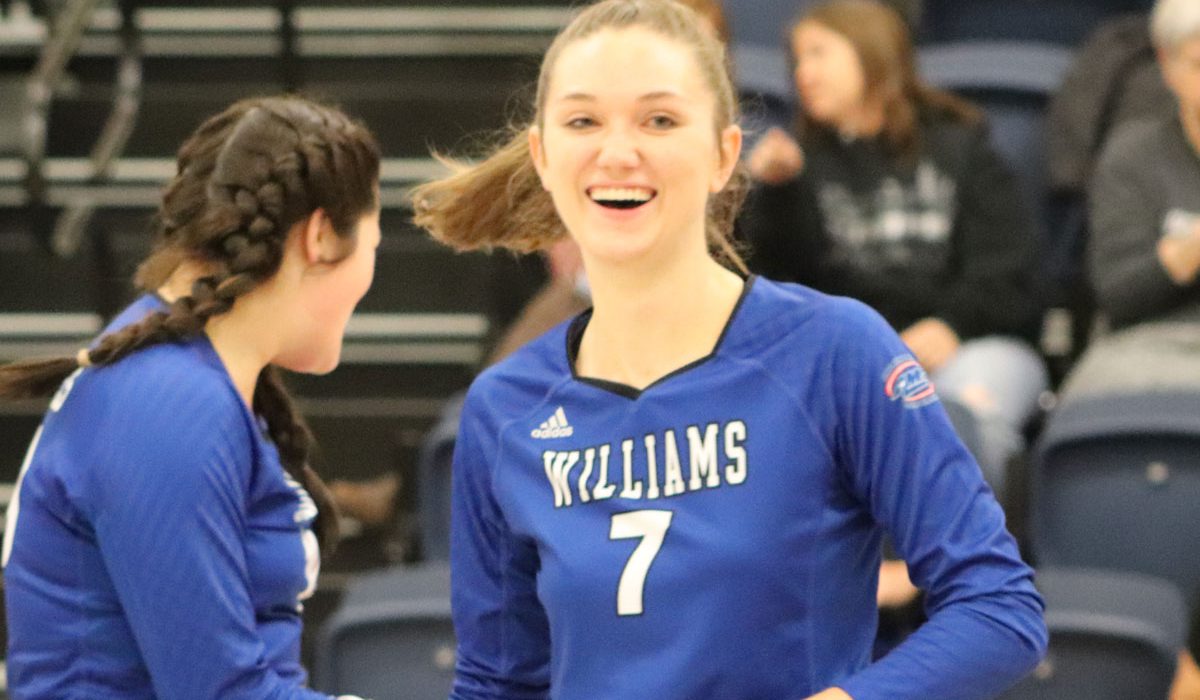 Audra Nailling set the all-time kills record for Williams Baptist University in the second set of a four set loss to Lindenwood University-Belleville on Saturday. The Lady Eagles’ season came to end with the 3-1 (22-25, 18-25, 25-22, 14-25) loss.

Nailling came into the match needing just nine kills to set the new career school record, and it did not take the senior long to get there. She finished the match with a team-high 25, giving her 1,074 for her career. Nailling leaves the school with the single-season and career record for kills.

The Paragould, Ark., native, as well as McKenzie Hopkins, were honored in a pre-game ceremony, as this was the final match in each of their careers. Hopkins, a Piggott, Ark., native finished her final match with four kills, one assist and three block assists.

“I recruited both seniors when they were in high school, and did not get to coach them until I came back to volleyball this year,” head coach Lee Moore said. “It was a huge blessing for me that I was able to come back and coach their final year. They both brought so much to the team in different ways. I thank them for their contributions. They are vital to the improvement and success we have seen this year.”

A win would have seen Williams make the playoffs with  a seven seed, but the loss dropped WBU into ninth place. The Lady Eagles will not make the tournament.

After finishing in last place in the conference a season ago, Williams improved three places in Moore’s first season back at the helm. The team finished with a win percentage of .555 in home games this year, and will look to take another step forward in 2019.