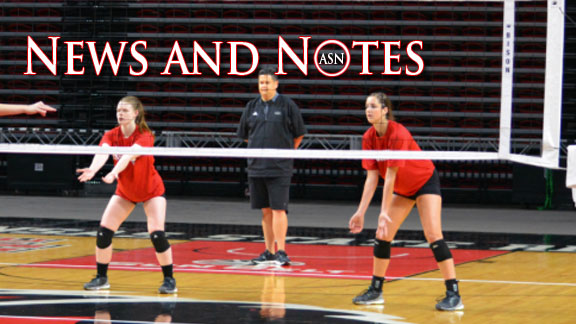 “I wasn’t really sure what to expect for the first time since I’ve been here,” Rehr said. “Usually I have an idea of what we will probably need to work on heading into camp, but we came out and were solid in almost every aspect of the game.

“There’s still some work to do obviously and we will have good days and bad days, but all in all, today was a good day for the team.”

“I am truly humbled and honored to be named chair of the NCAA Division II Women’s Basketball Committee,” Ratcliff said. “The committee is a great group of people who work tirelessly for the benefit of the sport of women’s basketball and student-athletes throughout the country. I look forward to this year as we work to keep the momentum moving forward.”

Ratcliff has served as a member of the national women’s basketball committee and chairman of the central regional advisory committee for the past three years.