No. 24 JBU rides usual suspects to win in season opener 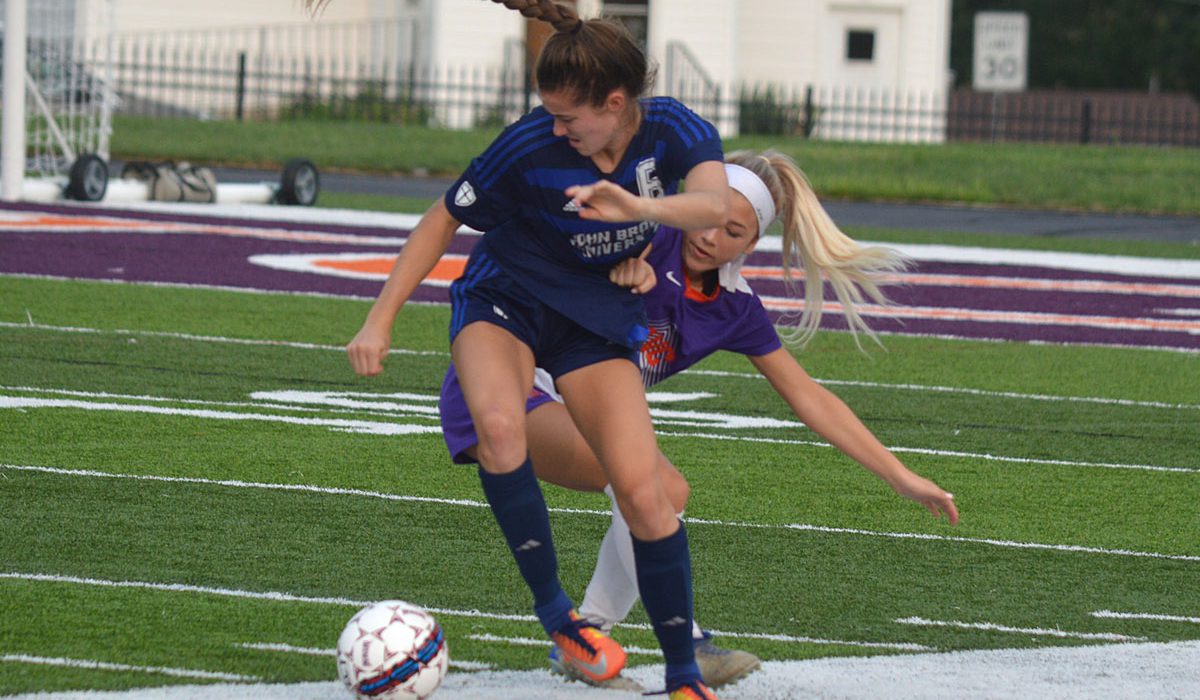 MARSHALL, Mo. — The No. 24 John Brown University women’s soccer team used a goal in each half and a strong performance in goal to open the 2018 campaign with a 2-0 win over Missouri Valley on Saturday (Aug. 18) night at Gregg-Mitchell Field.

Despite being out-shot 8-7 in the contest, JBU held in check Missouri Valley’s leading scorer from last season, Julia Mejias, who attempted four shots, but only one finding goal, which Logan handled.

With MVC (0-1-0) applying early pressure, the Golden Eagles jumped to a 1-0 lead in the 13th minute when sophomore Emily Jordan’s corner kick landed in the box, right at the foot of Redman, who one-touched a shot just inside the far right post from six yards out.

Redman’s 47th career goal handed the upstart visitors the lead, and for good. It was Redman’s 13th career game-winner.

Fighting through a half in which the hosts held a 5-2 shooting advantage at the intermission, John Brown again responded early in the second half to double its lead.

Just 10 minutes into the second half, senior Aspen Carpenter netted her first of the season, from Redman, when she ripped an attempt from the top of the 18 that found the upper right corner, beating MVC keeper Summer Budaj, adding an insurance marker for the visitors.

Although armed with a 2-0 advantage, the Golden Eagles countered the Viking first-half effort by out-shooting the hosts 5-3 in the second half. The stellar JBU defense held MVC to just two shot attempts over the final 25 minutes of play.

Freshmen Alair Love and Vanessa Reynoso each made their collegiate debuts for John Brown.

JBU will now travel to Columbia, Mo. this evening and rest tomorrow before taking on No. 10 Columbia at R. Marvin Owens Stadium on Monday (Aug. 20) at 5 p.m.