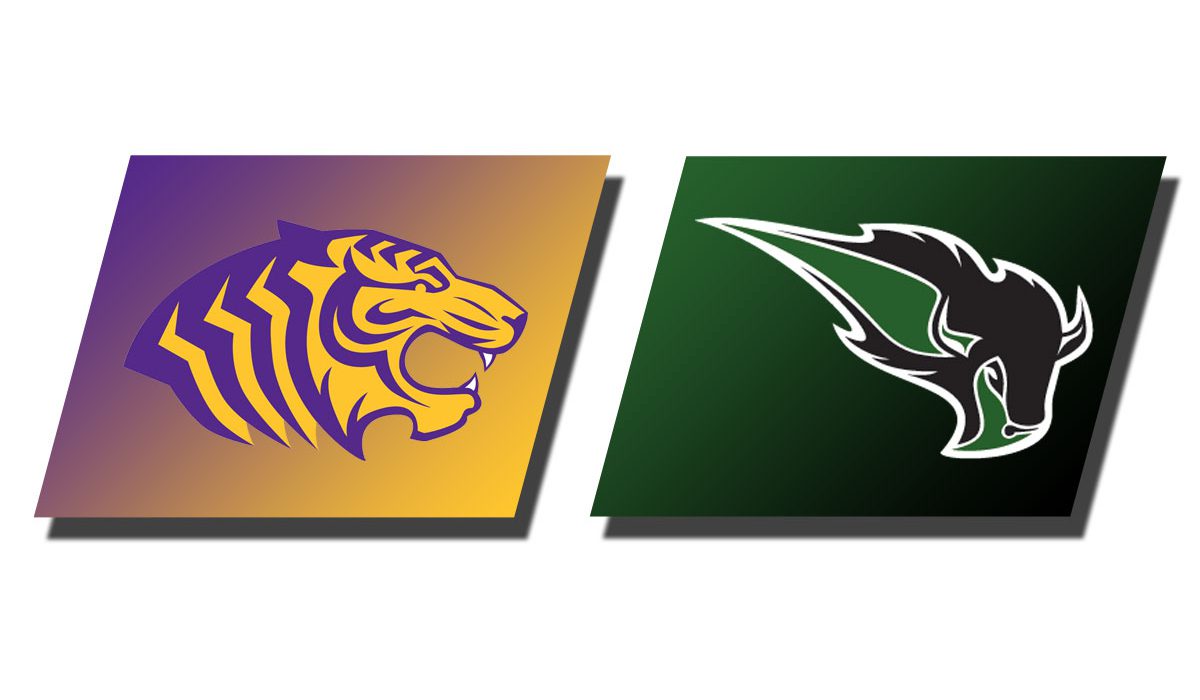 SHAWNEE, Okla. – Brockton Brown (Sheridan, Ark.) ran for 187 yards and three touchdowns in the opening quarter, setting the tone for the rest of the game as the No. 5/6 Ouachita Tiger football team literally steam rolled over Oklahoma Baptist 58-21 on Saturday afternoon.

Ouachita (7-0) dominated every aspect of the football game especially on the offensive side of the ball. The Tigers torched the Bison for 454 rushing yards and six rushing touchdowns. Brown by himself out rushed the entire Oklahoma Baptist (2-5) team by 59 yards, on top of that his three touchdowns matched the Bison’s complete game total.
Brown now has 10 rushing touchdowns on the season.

The Tigers also showed that they had a passing attack this afternoon, with Ouachita quarterbacks completing all 11 throws for 108 yards. Brazeal had his first multi-touchdown game through the air on Saturday afternoon. It was the first passing touchdown for the Tiger offense since week one against Northwestern Oklahoma State.

Oklahoma Baptist quarterback Preston Haire managed to pass for 236 yards in the contest, but Zack Curry (Nashville, Tenn.), Dillion Scott (Arkadelphia, Ark.) and Keandre Evans (Junction City, Ark.) each got an interception in the contest. The Ouachita defense now has 14 interceptions on the season and 32 pass break ups. Tevin Jones (Jonesboro, Ark.), Hunter White (Nashville, Ark.) and Airric Parker (San Diego, Calif.) tied for the team lead in tackles with six. Freshman linebacker Tommy Crumpton (Little Rock, Ark.) led the team with a sack and a half in the game.

On special teams Cole Antley (Atlanta, Ga.) connected on his lone field goal of the afternoon. The senior kicker also had five touchbacks on 10 kickoff attempts. Freeman returned his only punt of the day for 30 yards and Thomas and three kickoff returns for 55 yards.

With the victory on Saturday, Ouachita is now 6-2-1 All-Time against Oklahoma Baptist and the Tigers are currently riding a five game winning streak in the series. Oklahoma Baptist will have to wait another season to try and end their 79-year winless drought against the Tigers.

First Quarter: Ouachita 24, Oklahoma Baptist 0
On the first offensive play of the game, Oliver took the handoff from Brazeal and scampered 41 yards to the Oklahoma Baptist 29-yard line. A penalty and a failed third down conversion brought the Tigers special teams unit out onto the field. Antley easily connected on his 43-yard attempt and Ouachita had an early 3-0 lead.

The Ouachita defense stepped up and forced a quick three-and-out. The Ouachita offense began their second drive of the afternoon with 11:46 to go in the opening quarter. On the second play of the drive Brown sprinted ahead for a 36-yard gain, down to the Bison 15-yard line. This time the Tiger offense would not be denied as Brown rumbled into the endzone three plays later.

The Tiger defense forced another three-and-out and the offense was once again set up with great field position. Brown lined up in the backfield on a third down play and blew past the Bison defense in route to a 50-yard touchdown run.

Down 17-0 Oklahoma Baptist began to click on offense during their third drive of the afternoon. The Bison marched the ball down inside the Ouachita 10-yard line, but Evans made sure that’s as far as they would go. On the 12th play of the drive Evans intercepted his fourth interception of the season.

The Tiger offense setup shop at their own 23-yard line and seemed content to run the ball with only a 1:37 remaining in the quarter. On the third play of the drive Brown exploded for a 68-yard touchdown run, to give the Tigers a 24-0 lead after a single quarter of play. The 68-yard run was the longest rushing touchdown of Brown’s career.

Second Quarter: Ouachita 38, Oklahoma Baptist 7
Oklahoma Baptist got the ball to start the second quarter of play. Once again the Bison appeared to be clicking and worked their way back into the Tigers redzone. A pair of incomplete passes forced the Bison to turn to their special team’s units. Luke Wendl lined up for the 41-yard field goal and he clanked it off the right upright.

Ouachita decided to burn some clock on their fifth possession of the afternoon. On the third play of the drive Brazeal showed off his running ability with a 20-yard scamper to the Ouachita 49-yard line. On the second third down of the drive Brown received the handoff to Brazeal and busted another 25-yard run down to the Oklahoma Baptist 18-yard line. A few plays later and Brazeal ran the ball in from 14-yards out to give the Tigers 31-0 lead on Oklahoma Baptist.

With under five minutes remaining in the half Oklahoma Baptist faced a third down on the Tigers 40-yard line. Tyler Stuever found a hole in the Ouachita defense and the ran the ball in for the Bison’s first score of the game.

The Tiger offense immediately responded on their next possession. On the second play of the drive Thomas gashed the defense for a 16-yard gain. A few plays later Brazeal connected with McElroy for the Tigers first passing touchdown of the afternoon.

The half ended with Ouachita leading 38-7 at the halftime break.

Third Quarter: Ouachita 58, Oklahoma Baptist 14
The Ouachita defense forced the Bison to go three-and-out on their opening drive of the second half. A 30-yard punt return by Freeman set the Tigers up with a golden opportunity from the Bison 37-yard line. On the second play of the drive, Brazeal connected with Haynes for his second passing touchdown of the game and his third score overall.

Oklahoma Baptist once again appeared to have the makings of a decent drive, but defensive lineman Zack Curry put an end to it with an interception on the fourth play of the drive.

With 8:51 to go in the quarter Oklahoma Baptist called a timeout as Ouachita faced their first fourth down of the afternoon. The Tigers elected to go for it as freshman running back TJ Cole burst through the Bison defense for a 33-yard gain. Cole finished off the drive on the next play with a two-yard touchdown run.

The Ouachita defense smelled blood as they looked to finish off their prey. Dillion Scott intercepted the ball and ran it back 37-yards to the Bison’s three-yard line. Bennett pounded the ball in one play later and the Tigers held a 58-7 lead over the Bison.

Oklahoma Baptist took over with 7:10 remaining in the quarter. The Bison worked their way methodically down the field and scored in seven plays.

Fourth Quarter: Ouachita 58, Oklahoma Baptist 21
At this point in the game it was a foregone conclusion that the Tigers would walk away with the victory. Oklahoma Baptist scored a touchdown on an 11-play drive but that did not make much of a dent in the deficit they faced.

Ouachita took over with 9:15 left in the game and the Tigers ran 14-plays to run the clock out. The victory gives the Tigers seven on the season and it is their first 7-0 start since the 2014 season.

The Tigers will have a short turnaround this week as they host Southern Nazarene on Thursday evening at Cliff Harris Stadium. Kickoff for the Southern Nazarene game is scheduled for 6 p.m. For all the latest news on the Ouachita football team head over to obutigers.com or follow the official social media accounts of Ouachita Athletics.