No. 8 Scots survive against Panthers 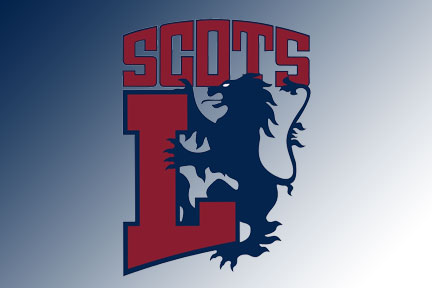 LITTLE ROCK – Despite shooting an uncharacteristic 28.8 percent from the field, the eighth-ranked Lyon College women’s basketball team survived against Philander-Smith College (Ark.) Tuesday afternoon, defeating the Panthers 62-51 inside Crawford Mims Gymnasium. The Scots had a four point lead with 6:28 remaining in the fourth quarter, before pulling away with a 12-5 run for the remainder of the game.

Kiara Moore led the team with 16 points and nine rebounds, while adding two steals. Elliot Taylor entered the game just four points shy of 1,000 for her career, before posting 13 points to surpass the milestone. She also had seven rebounds and three assists. Sarah Elkins and Ali Tucker each added eight points.

Lyon improves to 9-1 overall for the season, while Philander-Smith falls to 7-5 overall. The Scots sit tied for first place with No. 1 Freed-Hardeman University, while William Woods is in second place with a 4-1 mark. No. 13 Columbia, No. 23 Lindenwood University-Belleville and Williams Baptist are tied for third with 4-2 conference marks.

6 – The Scots outrebounded the Panthers by six, 45-39 in the game. Madison Riley and Kelsey Smith each finished third on the team with five rebounds apiece, while Gracen Ratliff had three.

16 – Lyon struggled throughout the game from beyond the arc shooting just 16 percent on 4-of-25 shooting. Moore, Liz Henderson and Tucker totaled the four three-pointers in the game for the Scots. Philander-Smith went 7-for-17 for 41.2 percent from three-point range.

26 – Lyon forced 26 Panther turnovers, including a team leading seven by Philander’s Terralyn Dominick. The Scots were able to score 24 points off those turnovers, while the Panthers scored nine points off 16 Scot turnovers.

11 – The Scots had 11 total assists, led by three apiece from Taylor and Henderson. Riley had two assists, while Tucker, Hailey Hastings and Whitney O’Dell posted one each.

Both teams were neck-and-neck in the first quarter as Lyon led 14-11 at the end of the period. The Scots opened the second quarter going on a 10-3 run to take a 24-14 lead, before adding eight more points in the quarter. Lyon led by an 11 point margin of 32-21 at halftime.

Things got interesting in the third quarter as the Panthers scored eight of the first nine points in the period, trailing 33-29 at the five minute mark. Lyon shot just 3-of-16 from the floor in the quarter, but held a seven point advantage going into the fourth at 46-39. Philander-Smith made a slight comeback in the fourth quarter to trail just 50-46 at the 6:28 mark.

WHAT’S AHEAD FOR THE SCOTS
The Scots take a week off for the Christmas holiday before returning to James C. Becknell Gymnasium on Dec. 29. Lyon will take on No. 1 Freed-Hardeman University at 5:30 p.m. The game against the Lions has also been named the AMC ‘Game of the Week’ for the week of Dec. 26.