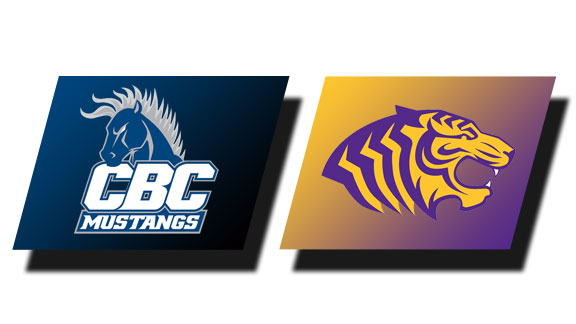 ARKADELPHIA – Chasidee Owens scored a career high 21 points while shooting 73 percent from the floor to lead the Ouachita Lady Tigers to an 82-53 win over Central Baptist College. Three other Tigers finished in double figures as Ouachita evened their season record to 5-5 in their final contest of 2016.

Owens made 8-11 field goal attempts in the game, including a perfect 5-5 in the second of half. As a team, the Lady Tigers shot just under 52 percent from the floor in the second half, outscoring the Lady Mustangs 44-29 in the final two quarters.

The Lady Mustangs only lead came in the opening minute of the contest off of two made free throws. The Lady Tigers rattled off 11 straight points to take an 11-2 lead with 6:69 remaining. Kori Bullard hit back-to-back threes to start the run, followed by consecutive layups from Alivia Huell and a bucket from Katie Kapler. The Lady Tigers continued to pound the ball inside and finished out the quarter with a 17-point lead. In the opening quarter, Ouachita outscored the Lady Mustangs 10-0 in the paint.

Huell opened the second half with a jumper to give the Lady Tigers a 40-24 lead. A run by the Lady Mustangs cut the Ouachita lead to single digits. A three by Audrey Moran brought Central Baptist within nine, trailing 47-38. Ouachita responded with an 11-1 run, getting the Lady Tiger lead back to 20 to end the third quarter.

The Lady Tigers went to work on the glass in the final quarter. Morgan Miller pulled down two offensive rebounds that were converted into baskets. Owens found an open Miller who drained a three with just over 30 seconds remaining. Stephanie McCann also scored her first basket as a Lady Tiger on a jumper just beyond the free-throw line. The Lady Tigers outscored Central Baptist 21-12 in the final period, winning by a final of 82-53.