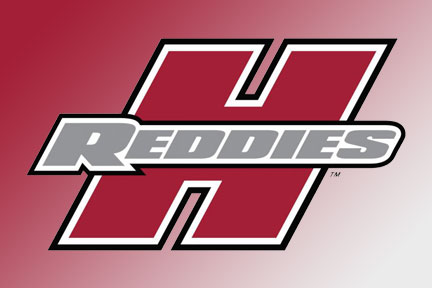 Arkadelphia – Defense was the key to the game for Henderson State as the No. 9 ranked Reddies shutout Southeastern Oklahoma in the second half to beat the Storm 13-11, Thursday at Carpenter-Haygood Stadium.

Led by key plays by Cameron Sonnier, the Reddies limited SOSU to just 109 yards of offense and three first downs in the second half.

With Henderson leading 13-11 with 5:13 left to play, the Storm began their drive form the Reddie 43 needing just a field goal to win.

The Storm overcame a big 6-yard sack by Sonnier when CB Cantwell completed a 19 yard pass to Kaymon Farmer on 4th-down moving the ball down to the Reddie 17.

On 4th-and-6 from the Reddie 13, Joel Carlos attempted a 30-yard field goal but Henderson’s Adrian Tucker got a hand on the ball and deflected it wide left to save game for Henderson.

The first half was a mistake-plagued half for the Reddies as Henderson committed a pair of turnovers, committed a 15-yard penalty that halted a potential scoring drive and a missed field goal.

The Reddies got on the board first as kicker Houston Ray kicked a 31 yard field goal with 1:15 left in the opening quarter.

Jaquan Cole set up Henderson’s score as he broke free for a 63-yard run down to the Storm 21.

The Storm knotted up the score at 3-3 early in the second quarter as Joel Carlos booted a 34-yard field goal to cap off a 9-play, 43-yard drive.

On the ensuing kickoff, Zacari Lavender got loose for a 31 yard return, bringing the ball out to the Reddie 32. After an 18 yard pick up by Cole into SOSU territory, the senior from Cedar Hill, Texas, plunged forward for eight yards but Trent Hannah forced the ball loose with Bobby Jackson recovering on the SOSU 36 to end the Reddie drive.

Henderson would force a three-and-out as Adrian Tucker and Henry Davis stopped Devlon Wortham short of the line to gain on a 3rd-and-2.

The Reddies began moving the ball, but Andrew Black was picked off by Raheen Wilson who went 32 yards down the sideline to the Reddie 33 which would set up the Savage Storm’s next score.

It took seven plays for SOSU to take the lead as CB Cantrell completed a 19 yard pass to Bryce Steele for the score. The Storm then converted the two-point conversion to take an 11-3 lead with 5:29 left in the half.

Henderson would put together a drive at the end of the half but Ray’s 27-yard field goal attempt hit the upright and the score would stand at 11-3 at the break.

In the second half, the Reddies manufactured a 12 play, 48 yard drive but had to settle for a 32-yard field goal by Ray to make the score 11-6 with 5:01 left in the third quarter.

The Reddies would finally put the ball into the end zone early in the fourth quarter when Evan Lassiter plunged in from 2-yards out to make the score 13-11.

Black completed an 11-yard pass to Austin Bennett to begin the drive, before hitting Ben Johnson for a 51-yard pick-up as the third quarter ended.

Black began the fourth quarter with an 18 yard completion to Courtney Whitehead to set up Lassiter’s score.

Henderson had a chance to put the game away when Cole broke free for an apparent 58-yard score midway through the quarter. However, the play was nullified by a tripping penalty and the Reddies would be forced to punt which set up SOSU’s last surge.

Henderson totaled 407 yards of offense while limiting Southeastern to 269 yards.

Cole ended the night with 90 yards on 13 attempts, while Jeremy Wilson had 9 carries for 54 yards. Black completed 20-of-34 passes for 237 yards using eight different receivers.

Sonnier had a career game for the Reddies defensively with 12 tackles including a pair for lost yardage. Dondre Wright had eight stops while Gary Vines had six.

Henderson will next travel to Ada, Okla. on Saturday, Sept. 10 to take on East Central with kickoff slated for 6 p.m.