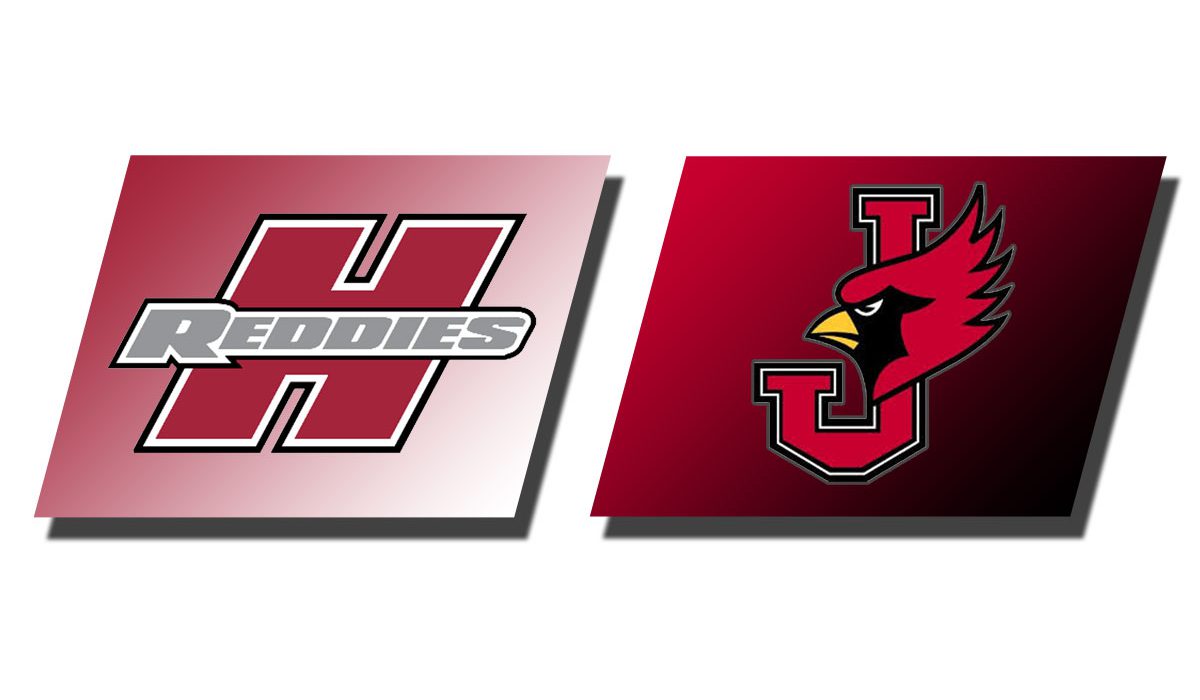 The Reddies and the Cardinals looked to be evenly matched early on, finding themselves tied at 2-2, 5-5, 7-7, 10-10 and 12-12. It was William Jewell that was able to make the match’s first run, as a 7-2 spurt moved the score to 19-14 and forced a Reddies timeout. HSU responded out of the break, taking six of the next seven points to tie the set at 20-all. The Reddies had struggled to close out sets in their morning match, but finished strong, winning the set 25-22 to take a 1-0 lead.

The second set started out much like the first, with neither team able to take more than a one-point lead en route to a 10-10 tie. However, the Reddies quickly hit their stride, winning five points in a row, and 13 of the next 15, to seize a 23-12 lead. The Cardinals resisted momentarily, winning four out of five points to move the score to 24-16, but a kill by Courtney Bolf, her fifth of the set and ninth of the match, gave the Reddies a 25-16 win and a commanding 2-0 lead in the match.

With all the momentum in their corner, the Reddies kept their foot on the gas in the third set, jumping out to a 5-1 lead that included three kills from freshman Tyasia McGruder. After a Henderson service error, Adrianna Hartmann took her turn at the forefront of the Reddies’ attack, notching three kills as the Reddies took a 12-3 lead. Down 17-7, the Cardinals used a 4-0 run to cut the Henderson lead to six, but would get no closer, as the Reddies closed the set and the match in comfortable fashion, winning 25-16.

Tyasia McGruder showed the poise of a veteran, and finished with six kills and no attack errors. Abby Blackburn picked up 16 assists for the second time on the day, while Taylor Scalzi collected 12 to set a new career-high in just her second college game.

In the opener, Courtney Bolf and Zuzana Ondruskova combined for 15 kills and 17 digs for Henderson State, but it was not enough to knock off the University of Colorado – Colorado Springs, as the Mountain Lions took the opening game of the Washburn Invitational 3-0 (22-25, 22-25, 21-25).

The Reddies won the first point of the season on a kill by Bolf, but soon found themselves in a 12-6 hole after a quick run from UCCS. However, Henderson remained in striking distance, and used a 5-1 spurt that included two service aces by Danika Daum to make it 17-16 UCCS. From there, UCCS kept the Reddies at bay, and Henderson was unable to tie or take the lead down the stretch of the first set, losing 25-22 to fall behind 1-0.

In the second set, it was Henderson that threw the first punch, taking a 3-0 lead with kills from Karlie Greene and Courtney Bolf. UCCS countered quickly though, tying the score at 6-6. The teams traded barbs for the majority of the second set, with neither side having more than a two-point lead. Just as it looked as if the Reddies were poised to tie the match, holding a 19-17 lead, the Mountain Lions roared back with a  6-1 run, behind two kills from Grace Nelson and Lauren Brown, to take a 23-20 advantage. After a timeout by head coach Phil McDaniel, the Reddies cut the deficit to one, 23-22, but once again were unable to overtake UCCS, and fell 25-22.

Mini-runs were the story in the third set. UCCS used a 7-2 burst to take a 7-3 lead, before a 4-0 HSU run tied the score at 7-7.  The Mountain Lions seemed to take complete control after a steady 14-6 run pushed their lead to 21-14. However the Reddies refused to roll over, and clawed back into the match with a 7-2 run of their own, making the score 23-21.  A well-placed timeout by the Mountain Lions coaching staff halted the Henderson State momentum, though, and UCCS won the final two points to take the set 25-21 and the match 3-0.

Abby Blackburn led the Reddies with 16 assists, and had seven defensive digs, as did libero Gigi Garramone. In their college debuts, Tyasia McGruder finished with seven kills and Taylor Scalzi picked up six digs.

The Reddies return to the court tomorrow, when they face Northwest Missouri State at 9 a.m. and Colorado State-Pueblo at 3 p.m., in the second and final day of the Washburn Invitational in Topeka, Kansas.