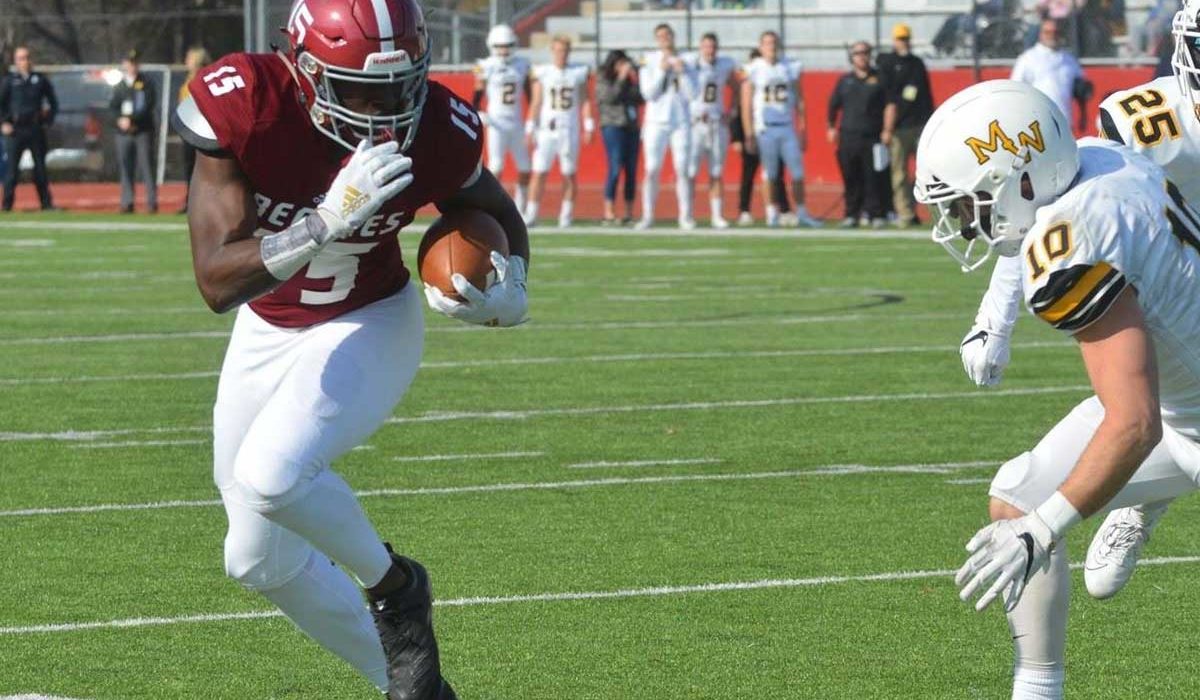 TEXARKANA — Henderson State was held to just 263 yards of total offense and Missouri Western used a dominant second half to defeat the Reddies 35-14 on Saturday in the 2019 Live United Bowl.

The loss ends the season for the Reddies, who finish 9-3 overall — a four-win improvement from the previous year and the program’s fifth season with nine or more victories since 2012.

After a sloppy start by both teams, Missouri Western took a 7-0 lead at the tail end of the opening quarter thanks to a 59-yard punt return from Trey Vaval which set the Griffons up at the HSU 6-yard line.

The Reddies got on the board in the second quarter when Adam Morse found L’liott Curryfrom nine yards out to tie the game at 7-7, but the Griffons answered just before the half and used an 11-play, 68-yard scoring drive to take a 14-7 advantage into the break. MWSU came up empty inside the Reddies’ 25-yard line twice in the first 30 minutes.

Missouri Western set the tone early in the third quarter, when it marched 63 yards in nine plays on the opening drive of the half to increase its lead to 21-7 at the 10:14 mark. It was the first time all season Henderson had trailed by two scores.

Four plays and a punt from HSU, followed by another 41-yard punt return from Vaval, got the Griffons going again on their next possession. The short field resulted in a five-play, 45 yard touchdown drive which extended the deficit for Henderson to 28-7.

The Reddies got one touchdown back on their ensuing six-play, 67-yard drive, which was capped by a 7-yard scoring run from Darius Austin to make it 28-14, but MWSU’s offense continued to roll and punched in another touchdown with 11:27 remaining to end any hopes of a stunning comeback. Missouri Western scored touchdowns on their first three drives of the second half, which ate up more than 15 combined minutes off the clock.

Morse, in his first extended action of the year, led HSU with 122 passing yards and a touchdown. Curry ended his terrific season with four catches for 65 yards and a score, while Doug Johnson had a team-high 91 receiving yards on three catches.

The Griffon defense made life difficult for Henderson all day on Saturday. The Reddies competed just 10-of-37 passes and were held to 73 rushing yards on 24 carries. MWSU also controlled the time of possession battle, holding the ball for nearly 40 minutes in its win.