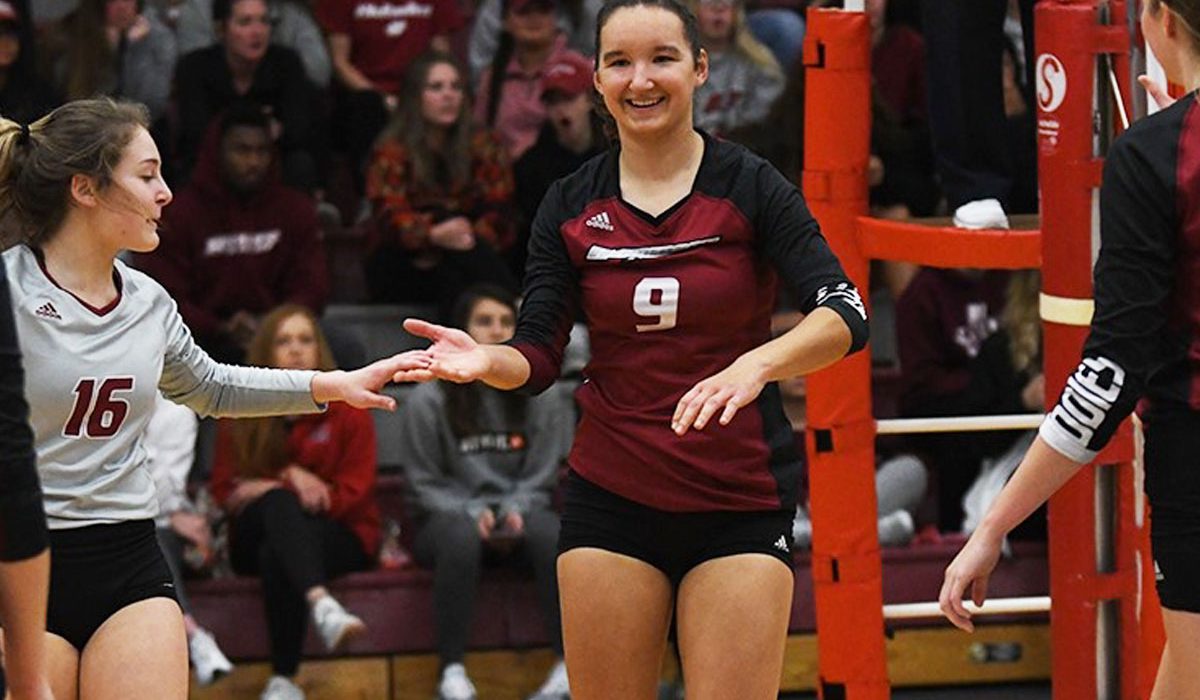 ARKADELPHIA — Zuzana Ondruskova turned in nine kills with an extremely efficient .350 attacking percentage and added four digs during her last game at the Duke Wells Center to help the Reddies coast to a 3-0 victory over Southern Arkansas (25-15, 25-19, 25-15). The match marked the last regular season contest of the season for the Reddies (26-5, 13-3). Henderson will compete in the Great American Conference Tournament on Nov. 8-10 in Hot Springs, Arkansas.

Courtney Bolf paced the Reddies with 19 kills on the evening and surpassed the 1000-kill milestone for her career. Bolf now needs just nine digs to become just the fifth player in HSU volleyball history to notch 1,000 kills and 1,000 digs in a career. Taylor Scalzi led the Reddies with 20 assists, while Abby Blackburnchipped in 13. HSU had two players with double-digit digs: Kenzie Thoman with 16 and Gigi Garramonewith 11.

SET ONE
The Reddies got off to a very sluggish start in the opening set, quickly falling behind 8-2. After two SAU errors made the score 10-5, the Reddies surged back and used a 7-0 run to take their first lead of the night, 12-10. SAU quickly won the next two points, tying the set at 12-12, but the second Reddies’ spurt of the set, a 6-0 run, highlighted by a crafty kill from Ondruskova, had the Reddies up 18-12. The Reddies controlled the rest of the frame, as three kills from Bolf helped to give HSU a 1-0 match lead, 25-15.

SET TWO
It did not take near as long for the Reddies to grab some breathing room in the second set. With the score tied 3-3, three Bolf kills punctuated a 5-0 Reddies’ run and HSU quickly had an 8-3 advantage. The Reddies soon stretched the lead to 13-6, but SAU went on a 6-1 run of its own, closing the gap to two, 14-12. Henderson responded and a 7-2 run had the Reddies back in control, 21-16. Multiple mistakes from SAU, along with a kill from Bolf, closed the set 25-19, giving Henderson a 2-0 lead.