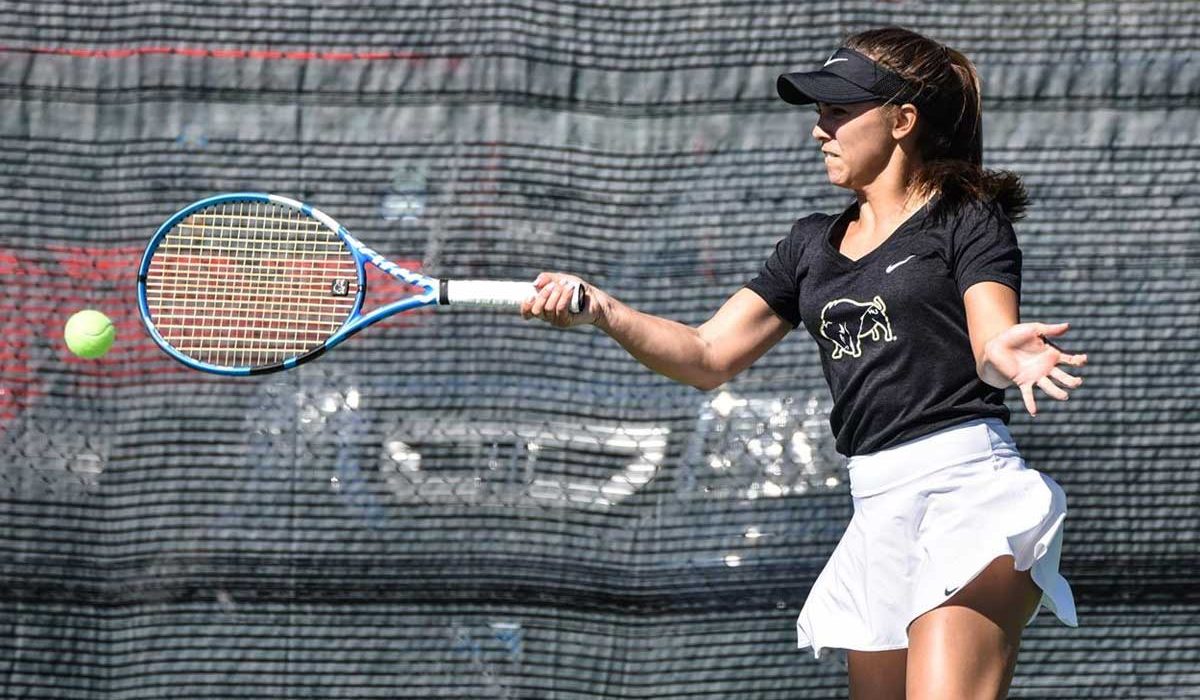 The ITA presents the Ashe Award to men’s and women’s student-athletes who have exhibited outstanding sportsmanship and leadership, as well as scholastic, extracurricular and tennis achievements in ways that embody the legacy of tennis icon and humanitarian Arthur Ashe Jr.

Cox-Evans, a native of Rockwall, Texas, compiled a 19-6 singles record and 22-5 doubles mark, playing at No. 1 singles and doubles, before the season ended following Harding’s match against Northwest Missouri State March 11. She and her doubles teammate Hana Folse tied the school record for doubles wins in a season and ranked 10th in the Central Region.

Cox-Evans transferred to Harding from Coastal Carolina following her sophomore season. As a junior at Harding, she earned First Team All-Great American Conference and ITA All-America honors in doubles.

A marketing major with a 3.84 GPA, Cox-Evans received the GAC’s Distinguished Scholar Athlete award and the co-Outstanding Marketing Student award for Harding’s College of Business.

Away from the courts, Cox-Evans has been a camp leader at the Teen Leadership Conference while at Harding. She has volunteered for Bisons for Christ and served as a mentor and coach for younger tennis players.

Cox-Evans will move to the ballot for the national Ashe Award. The ITA will announce the national award winners next Tuesday.