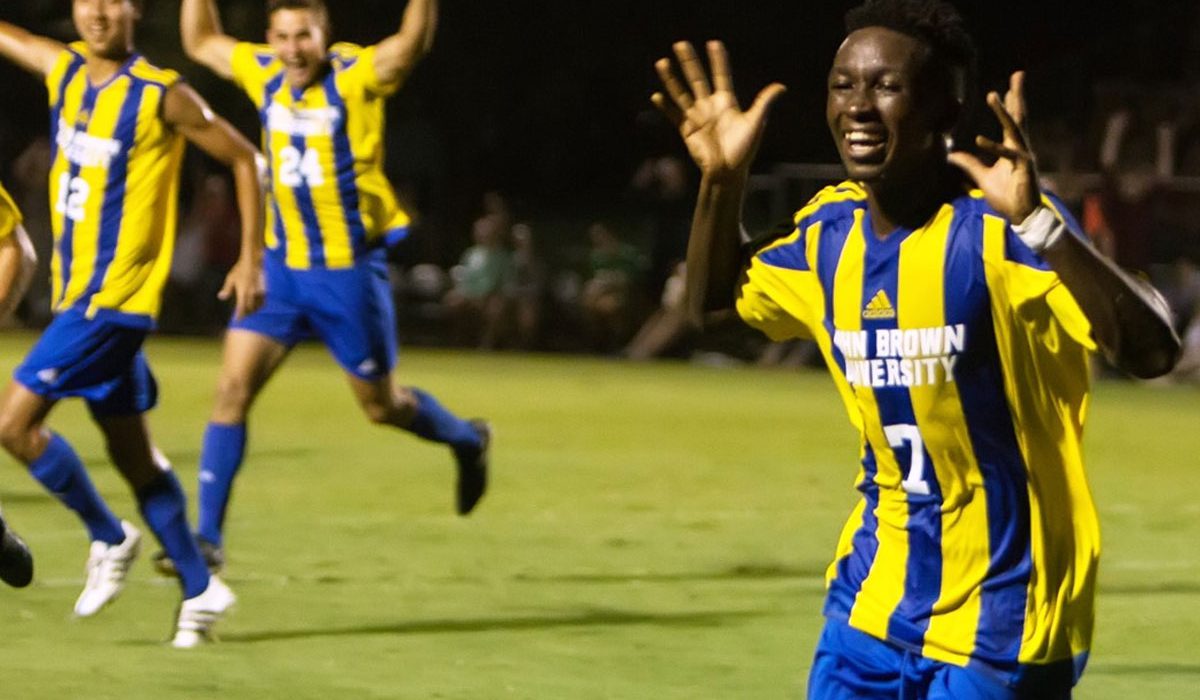 OKLAHOMA CITY – For the first time in program history, the John Brown University men’s soccer team has been picked to win the Sooner Athletic regular season title, according to the 2017 Coaches’ Preseason Poll, the conference offices announced Wednesday (Aug. 16) morning.

The poll was selected by the league’s head coaches, who were not permitted to vote for their own team. The Golden Eagles, which finished second last season with a 7-1-1 league record, took home five first-place votes and five second-place votes to lead the poll with 105 points.

John Brown was robbed last season of its regular-season crown when a post-dated forfeit worked in favor of Wayland Baptist (Texas), who was picked to finish second in this year’s poll, who then tied with JBU atop the SAC regular season standings. The Pioneers, by virtue of 4-3 double-overtime win over JBU in Plainview, Texas, was awarded the top seed in the 2016 tournament. As a result of the irregularities, the conference did not recognize a regular-season champion.

The preseason poll, which first ran in 2009, had never picked JBU to take a conference crown. The closest the Golden Eagles had ever come was last season, where SAC coaches correctly picked the team to finish second.

“This is an exciting way to start the season,” head coach Brenton Benware noted. “The team has worked hard to get to this place, and we realize the work needed to remain at the top. Ultimately, we know there is a lot required from us each day throughout this season to achieve our team goals, and we look forward to putting in that work daily.”

The poll finishes with Bacone (Okla.) in ninth place at 42 points, conference newcomer Central Christian (Kan.) in tenth with 35 points and St. Gregory’s (Okla.) in 11th place with 27.

The final regular season standings will determine the seeds for the SAC postseason tournament, scheduled to begin with quarterfinals at campus sites on Nov. 4, with the winners moving on the semifinal round on Nov. 7. The championship game will be held at the highest remaining seed on Nov. 10, with the winner receiving an automatic berth to the NAIA National Championships.

JBU returns 18 letterwinners from 2016, including the services of its top-three point-scorers in the trio of juniors Kelvin Omondi, Ryan Williams and Conner Haney. The Golden Eagles return over 87 percent of its offensive output from last season. John Brown will be anchored by reigning Goalkeeper of the Year Adam Holt, who will close out his career this season.

John Brown opens its 2017 home slate on Aug. 25, welcoming Mobile (Ala.) to Alumni Field for a 7:30 p.m. start time. The Rams finished the 2016 season with a third-place finish in the Southern States Athletic Conference, ending the year with a 10-8-0 record.