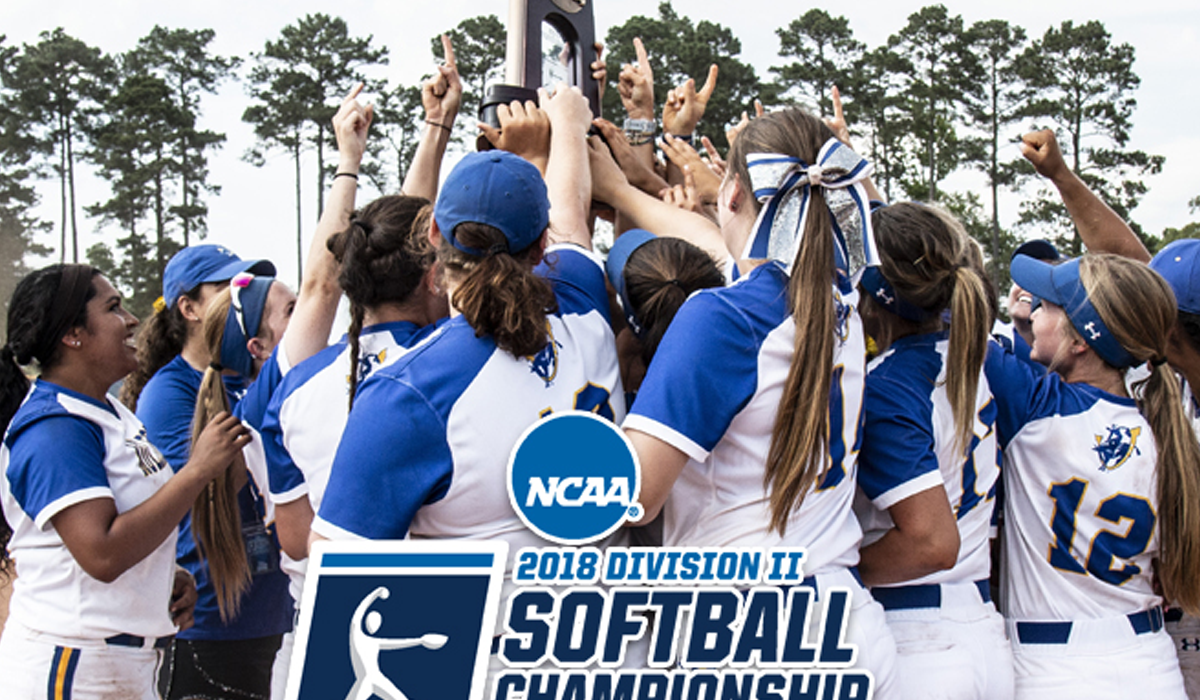 MAGNOLIA – Following a 14-hit, 12-run performance in game two of the Central Super Regional, the Southern Arkansas Softball program is headed back to the NCAA Division II Women’s College World Series as the Lady Muleriders powered past No. 25 Minnesota Duluth 12-3 in a run-rule victory to claim the Central Region Championship for the second time in three years.

Southern Arkansas (57-9), entered Friday needing one win to punch its ticket to Salem, Virginia, and the “if-necessary” game proved not to be as SAU, in front of a sold-out Mulerider Softball Complex for the second day in a row, saw its offense explode for a combined nine runs in the second and third innings to take a 9-3 lead after three innings of play.

Minnesota Duluth struck first in game two as Jordyn Thomas connected on an outside pitch for an opposite field blast in the home-half of the first inning to give the Bulldogs an early 2-0 lead.

With two outs in the top of the second inning, senior Brooke Goad, who was robbed of a leadoff home run in the first inning of Thursday’s opener which would have been career blast No. 90, ripped into an 0-1 offering and skied the pitch out to centerfield for a no-doubt three-run home run that gave Southern Arkansas a lead that they would not relinquish.

However, the most important play of the inning and arguably of the game, came in the at-bat before Goad’s aforementioned 90th career dinger. True freshman Hallie Saintignan slapped a 1-2 pitch on the ground in the hole along the left side and the rookie speedster took advantage of the groundball placement, which forced the UMD shortstop to field the ball on a backhand, and beat the throw to the bag to plate a run, keep the inning alive, and send Goad to the plate with a run-scoring opportunity.

In the third inning, Southern Arkansas continued their offensive exhibit as they plated five runs on four hits, which included another RBI-infield single by Saintignan, a sacrifice fly from sophomore Faith Otts and a clutch two-run single into left centerfield by senior Marina Duran that pushed the SAU advantage to 9-3.

Junior Brooke Ford-Nelson took over in relief of sophomore starter Victoria Taylor in the bottom of the third inning and the off-speed specialist went to work. Ford-Nelson earned her 13th win of the season as she allowed just two hits and a walk, while keeping the UMD offense off-balance in the final three frames of action.

In the top half of the fifth and needing three runs to pressure a run-rule, SAU received back-to-back two out singles from seniors Jill Roye and Duran to set the stage for Friday’s dagger; a hammered 3-1 pitch by Monica Islava that lifted out to deep centerfield and sent the Dawson Field faithful into euphoria.

After back-to-back one out singles in the final inning on Friday, Ford-Nelson induced a soft line out to freshman Sarah Pitre at second base. On the pay-off pitch in the ensuing at bat, Ford-Nelson fielded a groundball and tossed over to Duran at first to seal the Central Region title.

Of the 14 hits, six players had two or more led by Duran’s 3-for-4 effort at the plate with two RBI and two runs scored. Goad and Islava each accounted for three RBI on their respective round trippers. Eight players scored at least one run, while four Lady Muleriders crossed home twice.

Additionally, Goad walked twice in the win and set the NCAA Division II single-season record for base-on-balls with 82. The senior now has reached base via walk 209 times in her career which is also a Division II career record.

No. 8 Southern Arkansas now turns its attention to Division II Softball’s biggest stage for the second time in three years. SAU’s opening round opponent and game time are still to be determined. Additionally, the eight region winners will be reseeded 1-8 before play begins in the series on Thursday, May 24.

Joining the Lady Muleriders in Salem will be West Chester (Atlantic), St. Anselm (East), Southern Indiana (Midwest), North Georgia (Southeast), Angelo State (South Central), and Chico State (West). Due to weather, the “if necessary” game of the South Super Region between Saint Leo and Alabama-Huntsville will be played on Saturday, May 19.

Stay up-to-date with SAU Softball’s journey to Salem by visiting www.MuleriderAthletics.com and following along on Mulerider Athletics’ social media channels.