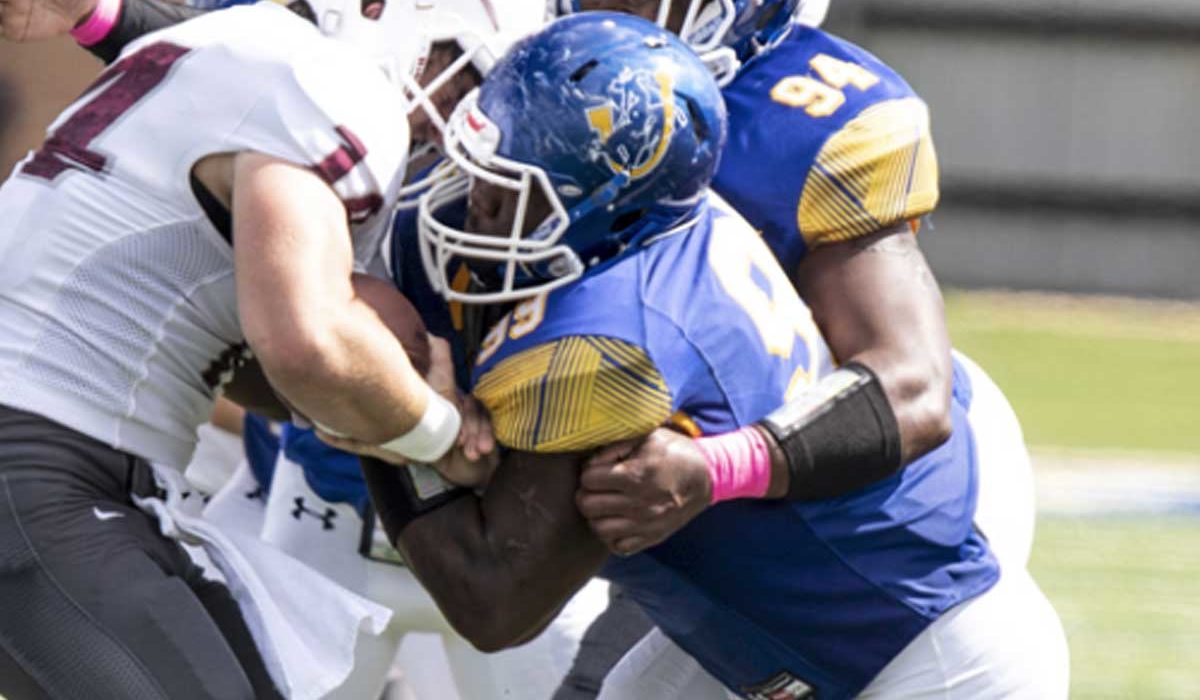 A three-time All-GAC selection, including back-to-back first-team nods, Washington’s impact on the Mulerider defensive front has been immense. In 11 regular season starts, Washington recorded the third-most tackles on the team with 55 total stops (28 solo, 27 ast) and posted the third-most tackles for loss in the GAC at 12.5, including three sacks. In three years, Washington has totaled 30.0 tackles for loss totaling 111 yards.

Additionally, Washington, who is a nominee for the 2019 Cliff Harris Award which is given to the nation’s top small college defensive player, added seven quarterback hurries, three pass breakups and recovered one fumble. Washington recorded six or more tackles in six games this season and posted two games with at least 3.0 tackles for loss including a career-best effort of 3.5 TFL in a home victory over Oklahoma Baptist.

Tuesday’s All-America honor is the first for the Texan in his career as a Mulerider. Last season, Washington was named to the All-Super Region 3 Third Team by the Don Hansen Football Committee.