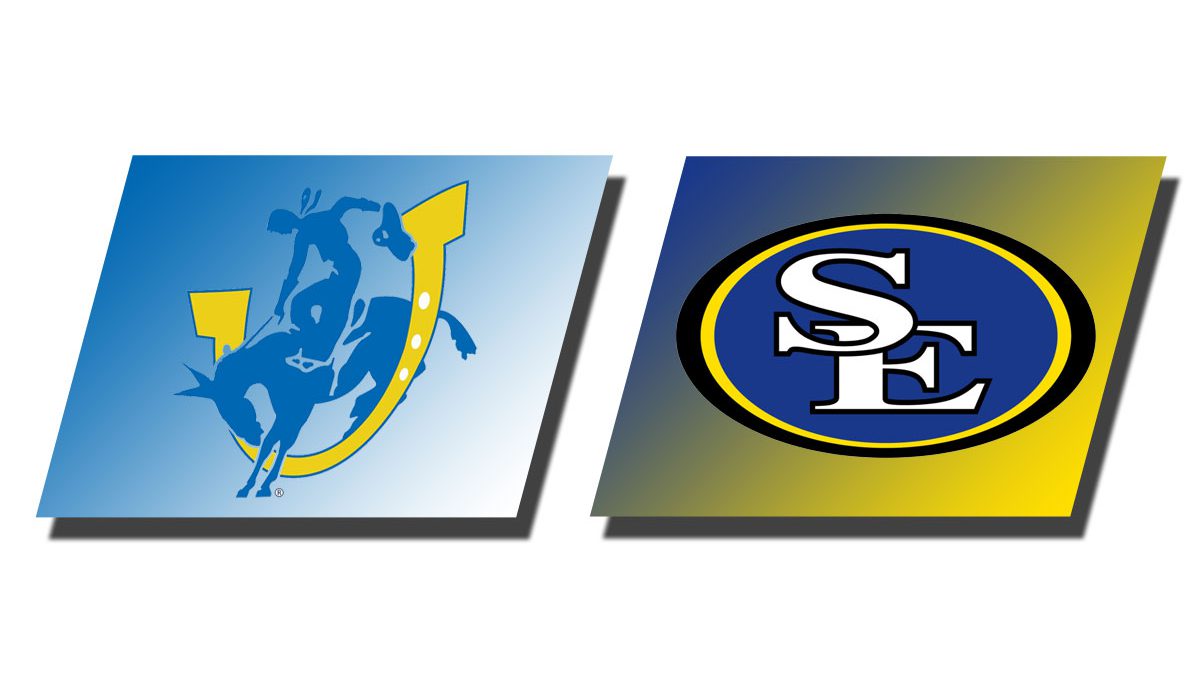 DURANT– Southeastern’s defense pitched its second shutout of the season en route to a 21-0 win over No. 15 Southern Arkansas on Homecoming Saturday afternoon at Paul Laird Field.

The win is the fourth-straight for the Savage Storm and lifts them to 5-2 on the year and in Great American Conference play heading into a 2 p.m. matchup on Oct. 20 in Arkadelphia, Ark., against Henderson State.

“I’m proud of these guys,” said head coach Bo Atterberry. “We played well together all day.  We’re just trying to be better every day and I thought we got better today.”

“Anytime you get a zero,” he continued, “It’s a joint effort in all phases of the game.  An unbelievable effort from top to bottom.”

The Storm defense held one of the league’s best offenses to 243 total yards on the day and just 59 yards rushing.

The defense was paced by Conner Swopewith 10 tackles, including a half-sack, while Luke Craddock and Seu Luafatasaga each finished with eight stops.

Daquawn Brown added five tackles and posted a season-best five pass breakups while primarily covering Karonce Higgins who came into the contest as the GAC’s leading receiver but was held to three catches for 16 yards against Brown.

The offense finished with 323 total yards on the contest, paced by a 215-yard passing effort from Rollin Kinsaul who finished 14-of-25 in inclement weather conditions with a touchdown.

Braxton Kincade led the way with 76 yards on five catches and a touchdown receiving, while Felton hatcher hauled in six catches for 63 yards with Jaylen Simsadding two catches for 46 yards.

The Storm finished with 108 yards rushing on the day, led by Kenneth Burks who had 57 yards on 18 carries with a touchdown, while Ryan Taylor added 46 yards on 10 carries with a score of his own.

The teams traded three-and-out drives to open the game, with SAU punter Jordan White connecting on a 78-yard punt that pinned the Storm at its own two-yard line.

SE would proceed to march 98 yards on eight plays, bolstered by a pair of big play Kinsaul to Hatcher connections before Kinsaul would find Kincade for an 18 yard TD toss with 4:24 to go in the first quarter for a 7-0 lead.

That score would hold up over the next two quarters until the Storm took over to start the fourth quarter at its own 32 yard line and went 68 yards in seven plays before Burks s cored from two yards out to push the advantage to 14-0 with 12:24 to play.

Southeastern would hold on SAU’s following drive and take over at its own 19 yard line and use a 16-play drive that burned 9:00 off the clock before Taylor scored from four yards out to put the Storm in front 21-0 with 1:06 to play.

The Muleriders would threaten to end the shutout on their final drive, but a Craddock tackle at the SE five yard line would end the final play and keep SAU off the scoreboard.