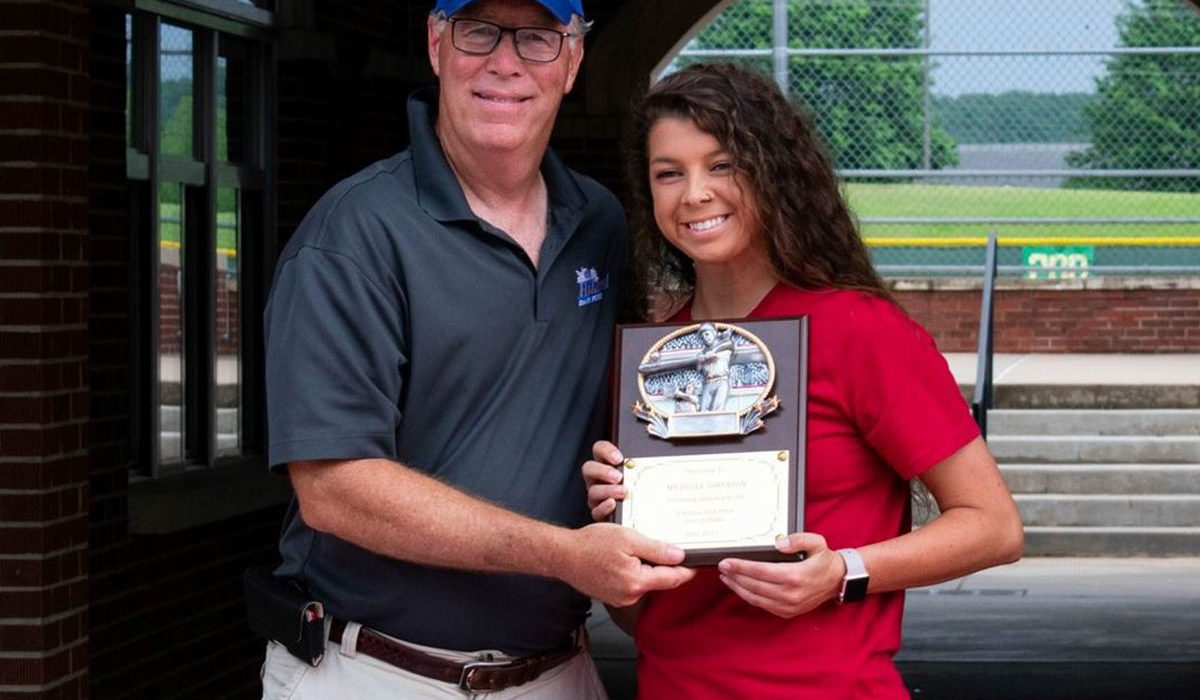 ARKADELPHIA — Henderson State’s Michelle Sorensen was recognized for a sensational career on Saturday evening when she was inducted into the Arkansas Fast Pitch Softball Hall of Fame.

Sorensen was one of just three members of this year’s induction class — the fourth overall for the fast pitch branch of the Arkansas Softball Hall of Fame.

No stranger to awards and records, Sorensen, who finished her collegiate career in April, is Henderson State and the Great American Conference’s all-time leader in wins (75), strikeouts (762), appearances (162), starts (118) and innings pitched (842.2). The native of Sherwood, Arkansas, was a four-time All-GAC selection, seven-time GAC Pitcher of the Week and earned three All-Region honors, including one as a senior in 2019. Sorensen threw a remarkable five no-hitters in her time with the Reddies and became the first player in program history to earn NFCA National Pitcher of the Week recognition in 2017.

Before her time at Henderson, Sorensen was a stand-out for Sylvan Hills High School, where she was a four-year starter and three-time MVP for the Bears. Sorensen earned All-Conference and All-State honors in all four years of her high school career, and was Sylvan Hills’ Offensive Player of the Year twice and Defensive Player of the Year three times.

Joining Sorensen in the 2019 class were Sydney Parr of the University of Arkansas, as well as Roy Burlison, who was a pioneer for the sport in the state and also served as Sorensen’s pitching coach for 13 seasons.