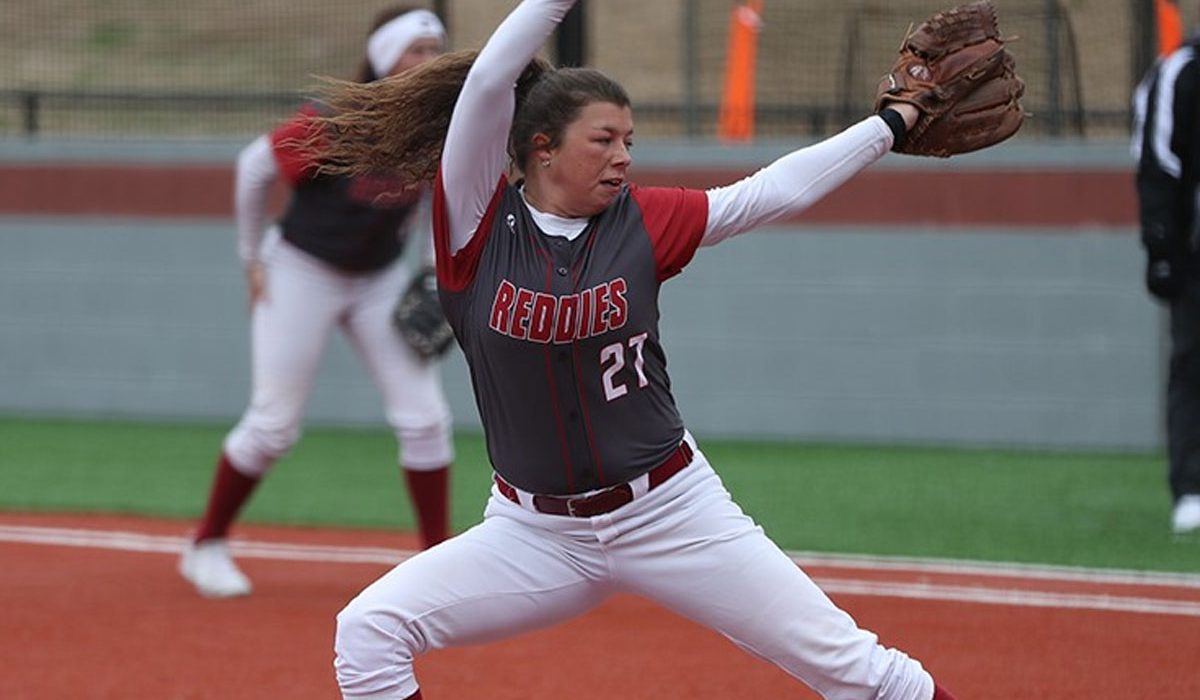 The National Fast Pitch Coaches Association has named Michelle Sorensen as the Louisville Slugger/NFCA National Pitcher of the Week.

Sorensen is the first pitcher in Henderson State history to receive the award and only the second player to be honored by the NFCA. Lindsey Causey earned NFCA National Player of the Week in 2004.

Sorensen threw her fourth no-hitter of her career in a 9-inning 1-0 victory over Southeastern Oklahoma. Sorensen’s 9-inning no-hitter was the first-ever in the Great American Conference history.

In the two games against Southeastern, Sorensen pitched 16 innings, struck out 19 batters, surrendered just three hits and did not allow an earned run in picking up her 10th win of the year.

Sorensen, Henderson’s all-time leader in wins (53), eclipsed the 500 strikeout plateau in her last outing and has run her HSU career record to 503 punch outs.
In the last seven days, Sorensen has recorded four complete game wins posting a 0.48 ERA.

Three of the wins were extra-inning victories. In 44.0 innings, Sorensen struck out 52 batters while allowing just three earned runs on 15 hits. In the four contests, opponents hit for a .105 average.

Henderson State will begin a four-game Great American Conference series on Saturday when the Reddies travel to Ada, Okla. to take on East Central with the first pitch slated for Noon.