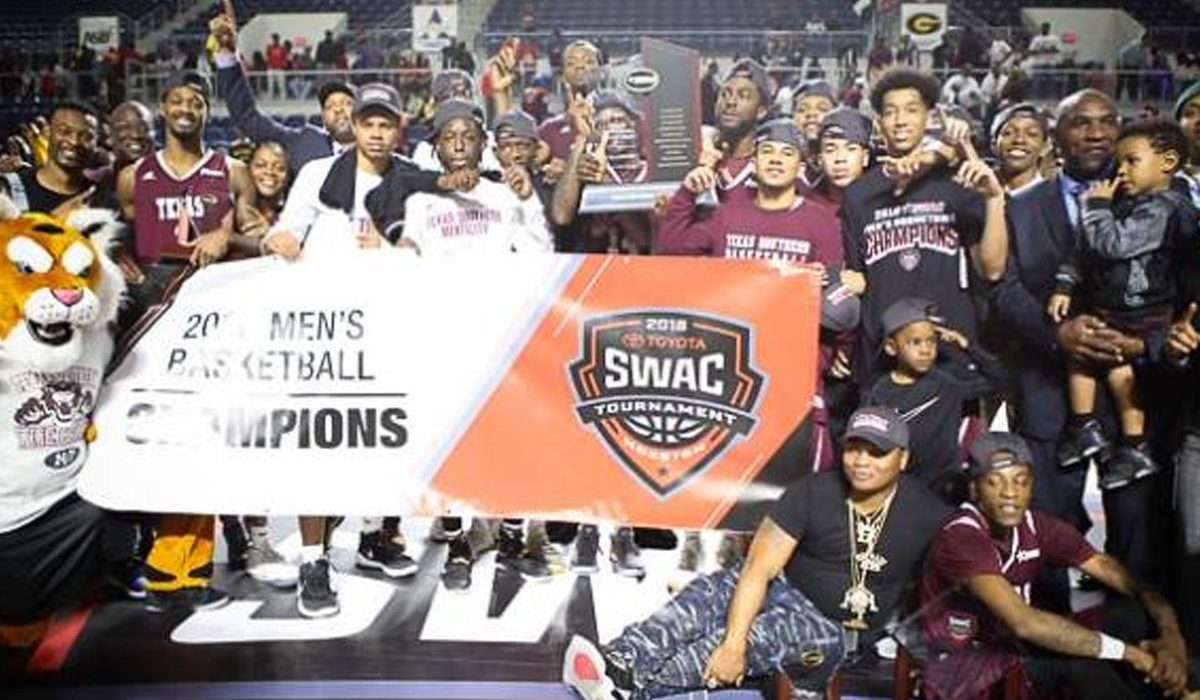 HOUSTON – For the fourth time in five years, Texas Southern rules the roost in the Southwestern Athletic Conference as the Tigers pulled away down the stretch for an 84-69 victory over Arkansas-Pine Bluff, claiming the 2018 Toyota SWAC Men’s Basketball Tournament championship in the process.

Texas Southern (15-19), which used a blistering second-half of offense to pull away from Prairie View A&M during the semifinals, delivered more of the same to open the game against Arkansas-Pine Bluff. After Trent Steen connected on a jumper to pull the Golden Lions to within one, Donte Clark scored eight points as he powered a 13-1 run to put the Tigers ahead by double-digits near the midpoint of the first half.

Martaveous McKnight brought Arkansas-Pine Bluff (14-20) within striking distance as the Golden Lions cut it to within five. However, the Tigers continued their hot shooting, connecting on 60 percent of its tries – including a 7-for-15 clip from deep – to take a 45-36 lead into the locker rooms.

Terrance Baynard responded in kind on the other end, and McKnight connected on a teardrop on the following possession. Harper then cashed-in on an acrobatic finish at the rim and Robertson sank one of two at the line to close the deficit to 55-52 with 12:40 left.

Banyard knocked down a jumper at the line to pull UAPB within one possession, and after a Reed dunk, McKnight finished underneath the rim to make it 59-57 with 10:20 left. From there, the Tigers pulled away on a 14-4 run that coincided with a Texas Southern’s Robert Lewis then nailed a corner trey to push TSU back ahead by five, and Jefferson swished home a floater in the lane, making it 64-57.

Texas Southern then pulled away with a 14-4 run over a seven-minute stretch during which UAPB made just one of their 11 field-goal tries. For the game, TSU shot 59.1 percent from the floor (26-of-44) including a 10-of-21 line from deep.

Harper led all players with 21 points and seven rebounds. McKnight netted 17, and Robertson 11.

The All-Tournament Team is listed below: