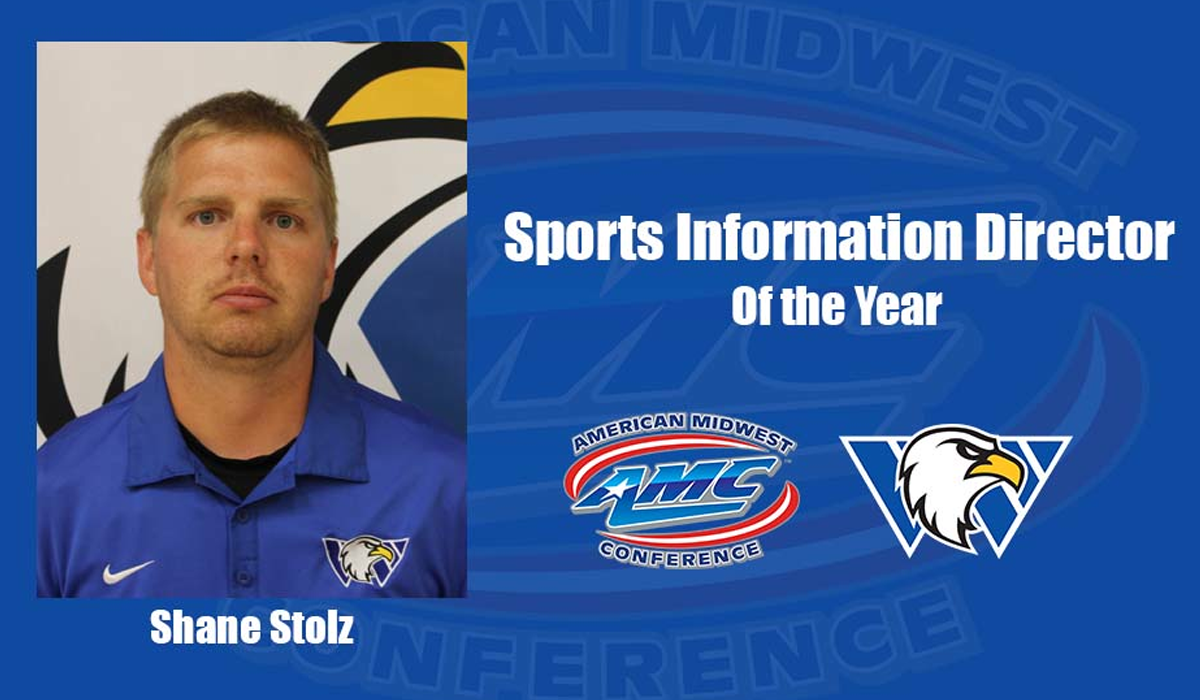 The Sports Information Director (SID) of the Year recognizes an outstanding SID based on the performance during the previous year in the areas of athletics communication.

This award is voted on by SIDs around the conference.

“Shane has gone above and beyond in his coverage of Williams Baptist athletics,” said Travis Rae, William Woods University Sports Information Director. “Congrats to Shane on this well-deserved honor in a conference full of great SIDs.”

Shane has done everything in his power to help with the coverage of WBC’s 18 varsity sports. During the past season, Shane was seen helping out at the NAIA Wrestling Championships and the AMC Men’s Basketball Conference Championship. To view Shane’s work, click here.

Shane has also been working on sport record books and for the first time in school history, these records are listed on the school website.

“Shane has done a fantastic job this season covering the WBC Athletics Department,” said Scott Barker, American Midwest Conference Sports Information Department. “Shane has enhanced the student-athlete experience and each of the sports at WBC. In a conference FULL of tremendous SIDs, this is a great honor for Shane to win.”

Shane, a 2009 graduate from WBC, just finished his seventh year as the Sports Information Director at WBC. He served at the head men and women’s soccer coach at WBC from 2011-2017. This was the first year with only SID responsibilities.

“Shane has done an incredible job of promoting our student-athletes and our athletic teams,” said Jeff Rider, Williams Baptist College Athletics Director. “He adds tremendous value to our athletic program. He is very deserving of the honor of AMC Sports Information Director of the Year and I am very happy for him.”

Shane is now eligible for the NAIA Sports Information Director of the Year award, which will be announced publicly during the NAIA National Awards Day in September. The winner will be presented with a certificate and recognized at an annual function in conjunction with the NAIA National Convention.