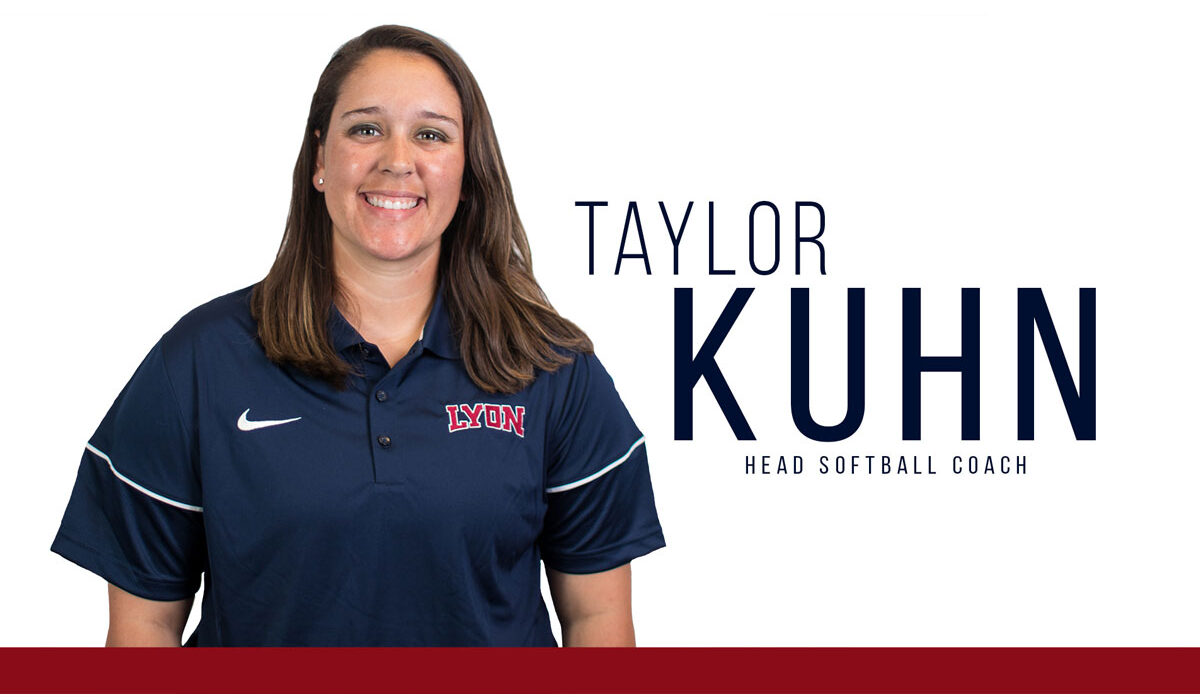 BATESVILLE – Lyon College Director of Athletics Kevin Jenkins announced on Friday that Taylor Kuhn will be elevated to serve as the new head coach of the softball program. Kuhn spent the 2020 season as an assistant on the staff and served as the interim head coach after Jessica Mattia resigned from her position this past August.

“Coach Kuhn joined our staff as our assistant in Fall 2019 and did a great job in that role for the Scots,” Jenkins said. “It is exciting to see the focus she puts on her core values that transcends far beyond the softball diamond. While her years of coaching experience may not be numerous, it is quite clear that she has a very bright future ahead as a coach. I could not be more excited for what she will bring not only to Scots Softball but to our entire Lyon College Community.”

Kuhn helped coach the Scots to a 15-6 mark during the 2020 season prior to the ongoing COVID-19 pandemic shutting down the remainder of the season.

Before joining the staff at Lyon, Kuhn served as a graduate assistant coach at Arkansas Tech for two seasons. During her tenure at Arkansas Tech, Kuhn assisted with all aspects of the Golden Suns’ program, including coaching, planning and practice development. She assisted the coaching staff with the development of practice plans, recruiting, field maintenance and recording game stats. Kuhn instructed athletes on hitting and defensive skills and was an instructor at the Arkansas Tech softball camps. In 2017, the Golden Suns went 47-15, which included a Great American Conference championship and a trip to the NCAA Division II Central Region Softball Championship. ATU fell in the championship game of the regional. The Golden Suns also won the GAC Tournament in 2018.

Prior to her time at Arkansas Tech, Kuhn served as a student assistant softball coach at her alma mater, the University of Central Arkansas, where she also played as a student-athlete for two seasons. Kuhn assisted the UCA softball program with day-to-day operations. She helped the staff record game stats, field management, game day video camera setup and download and helped with the team’s social media sites (Instagram and Twitter). Kuhn was in charge of jersey management in preparation for games to ensure proper attire was available. Kuhn developed leadership and communication skills for use during games, practices and team events and served as an instructor at UCA softball camps. In 2015, UCA won its first-ever Southland Conference Championship. Kuhn served as a student assistant on the 2015 team.

“Thank you to Lyon College and Coach Jenkins for this opportunity to lead this program,” Kuhn said. “I’m excited to get the team back on campus and begin to work toward our goals for the spring. Go Scots Go!”

Kuhn and the Scots are scheduled to open up their 2021 season on Feb. 5-6 at the Texas A&M-Texarkana Tournament.