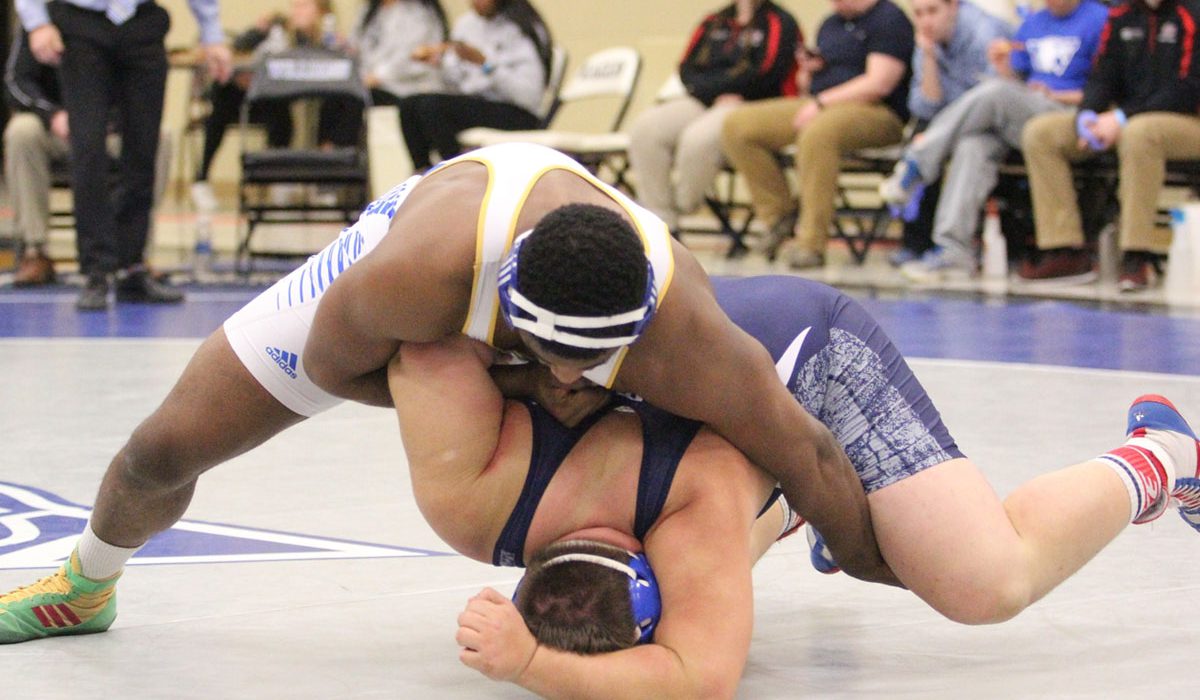 WALNUT RIDGE – Williams Baptist College’s Demetrius Thomas continues to show why he is the top-ranked and defending NAIA national champion wrestler. Saturday, he beat four NCAA Division I wrestlers on his way to becoming the the Lindenwood Open champion of the 285 lb. class.

Thomas received an opening round bye before competing against the University of Iowa’s Aaron Costello in the second round. The sophomore beat Costello by decision, 10-3. He followed that up with a 7-3 decision over Trent Hillger of the University of Wisconsin.

In the semifinals, Thomas beat Oklahoma State University’s Blake Andrews by a 6-2 decision. In the finals, the Ferguson, Mo., native met NCAA national qualifier Austin Myers from the University of Missouri. Thomas won the match 7-1 to win his second consecutive open championship. His season record now sits at a perfect 9-0.

“Demetrius continues to surpass my expectations,” Head Coach Todd Allen said. “He had a great tournament.  We raise the stakes for him each week and he rises to every occasion. We are very proud of his successes thus far.”

Thomas was not the only Eagles wrestler honored on the day. Kyle Lee began last week learning that he had entered the NAIA ranking for the first time in his career. The 13th ranked wrestler finished in second place at the open, losing in the 149 lb. championship to University of Missouri’s Lane Stigall by an 8-2 decision.

Tristan Meador finished on the podium in 5th place. The 149 lb. wrestler finished 4-1 on the day, winning the fifth place match by a 10-9 decision.

Next up, the ninth ranked Eagles will head to Arkadelphia, Ark., to compete at the Hatcher Invite on December 2.  WBC is the defending champions of the invite hosted by Ouachita Baptist University.