Tigers rally on a cold October night for win against Storm 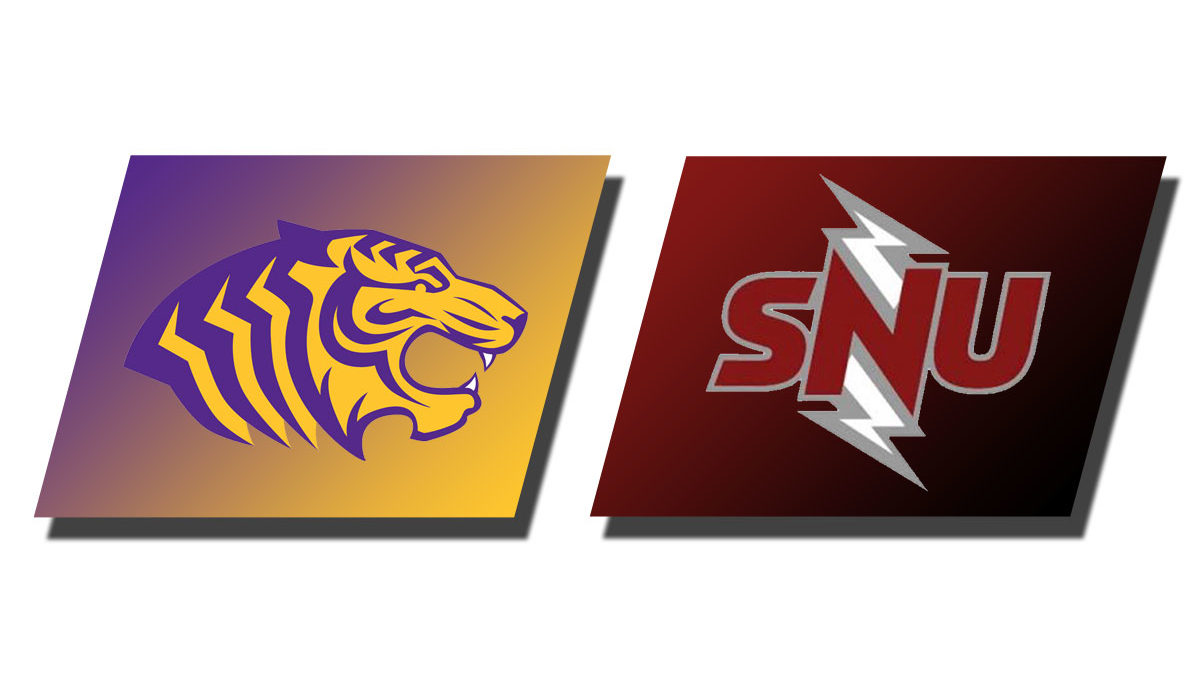 BETHANY, Okla. – Tigers Football takes out the Crimson Storm, 27-13, behind a steady ground attack and a stingy defense at the SNU Football Stadium.

Ouachita’s defensive unit came out of halftime on fire flying around to the football. In the third quarter the Crimson Storm had a net of -3 yards total. Overall in the second half the Tigers only allowed SNU to put up 24 yards to close out the game.

The defense was led by linebacker Oshae Pruitt who put in 10 tackles on the day, 4 solo and 6 assisted. Keandra Evans had another great game recording eight tackles and blocking an extra point. Terrell Gibson made big plays in the second half from the linebacker position putting in six tackles including a tackle for a loss.

Brockton Brown led the offensive attack for the Tigers rushing 20 times for 157 yards and three touchdowns. The largest run of the day was a 60 yard touchdown scamper that gave Ouachita their first lead of the night. TJ Cole also had a good rushing day for Ouachita carrying the ball 15 times for 89 yards and a touchdown.

The weather conditions in Bethany were less than ideal as the rain and the cold beat down on the teams. The Tigers started the first 23 minutes of the game attempting to acclimate to the conditions. After going down 13-0 the Tigers fought back with a score of their own. Getting the ball with 4:13 left in the half the Tigers marched down the field with six plays going 46 yards. The drive was capped off by Brown’s first touchdown of the night.

After the half, the Tigers stopped the Crimson Storm on a critical fourth down taking over the ball in the SNU territory. In three plays the Tigers punched the ball in the end zone to tie up the game. Ouachita got the ball back with 3:34 left in the third quarter and only needed two plays to see Brockton Brown storm down the field on a 60 yard rush for a touchdown. The score gave the Tigers their first lead of the game at 20-13.

The Tigers put it out of reach in the fourth quarter going 80 yards on 12 plays running off 6:18 to take a 27-13 lead. In the second half, the Tigers would put in 186 yards and scored three touchdowns to push their record to 8-0 on the season.