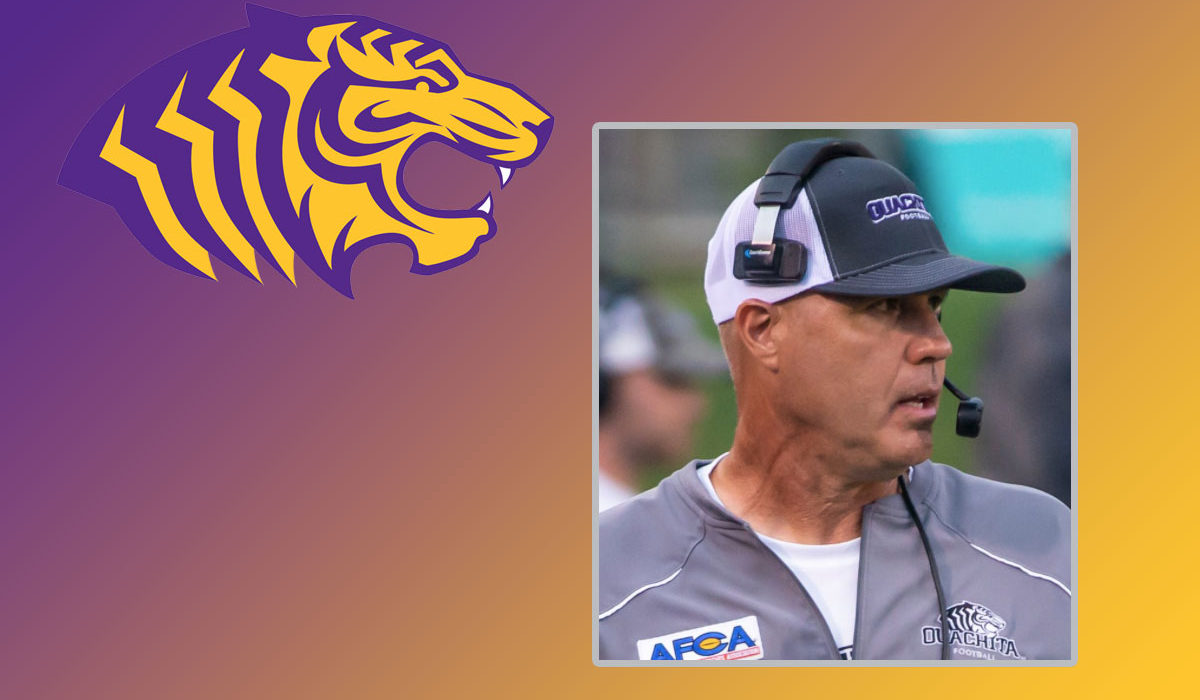 Knight led the Tigers through their historic season in which they went undefeated for the second time in school history. The team won 11 games during the regular season and won their first playoff game in school history with a victory of the University of Indianapolis in the second round. The Tigers also took home the GAC Title for the second consecutive year, and it is the fourth time in the past eight years the title will stay with Ouachita. Knight’s team gave the National Champion runner ups Ferris State all it could handle in their Quarterfinal matchup, but Ouachita fell to the Bulldogs, 37-14.

The Tigers averaged 431 yards per game and 33 points while on average only giving up 150 yards and 11 points. Only once the whole year did a team score more that 21 points against Ouachita’s stingy defense. The defense finished the season second in Division II in scoring defense allowing only 18 touchdowns and 8 field goals. The team finished the season being ranked No. 6 in the AFCA Division II Top 25 Poll.

Knight’s award continues to shine a bright light on the program that is forging its place at the top of DII football. Knight’s coaching and leadership has been noticed as the Tigers have racked in the accolades this offseason. Two players (Keandre Evans and Justin Gooseberry) were named Division II Conference Commissioners Association’s First Team All Americans. Evans is also a finalist for the coveted Cliff Harris Award (Defensive Player of the Year). Gooseberry and fellow Tiger Cole Antley were named  AFCA Second Team All Americans. Five Tigers were selected as D2CCA All-Super Region 3 Team members.

Knight, the longest standing college football coach in Arkansas, has been at the helm for the Tigers since the 1999 season. Coach Knight boasts a record of 112-95 as the head coach for the Tigers. He has led the Tigers to four Great American Conference Championships and over 100 All-Great American Conference Players in just eight years of being in the conference. Coach Knight also serves on the Board of Trustees for the American Football Coaches Association.

The last time that Knight received the Coach of the Year Award was following the 2014 season where the Tigers went 10-0 during the regular season. It was the first time that Ouachita had hosted a playoff game. The game remains an instant classic as Ouachita heartbreakingly lost in over-time to Minnesota Duluth.

Knight will be presented the award at the American Football Coaches Awards, on Tuesday, Jan. 8, during the 2019 AFCA Convention in San Antonio, Texas.