Top seeded UAPB pulls away from Southern in SWAC semifinal 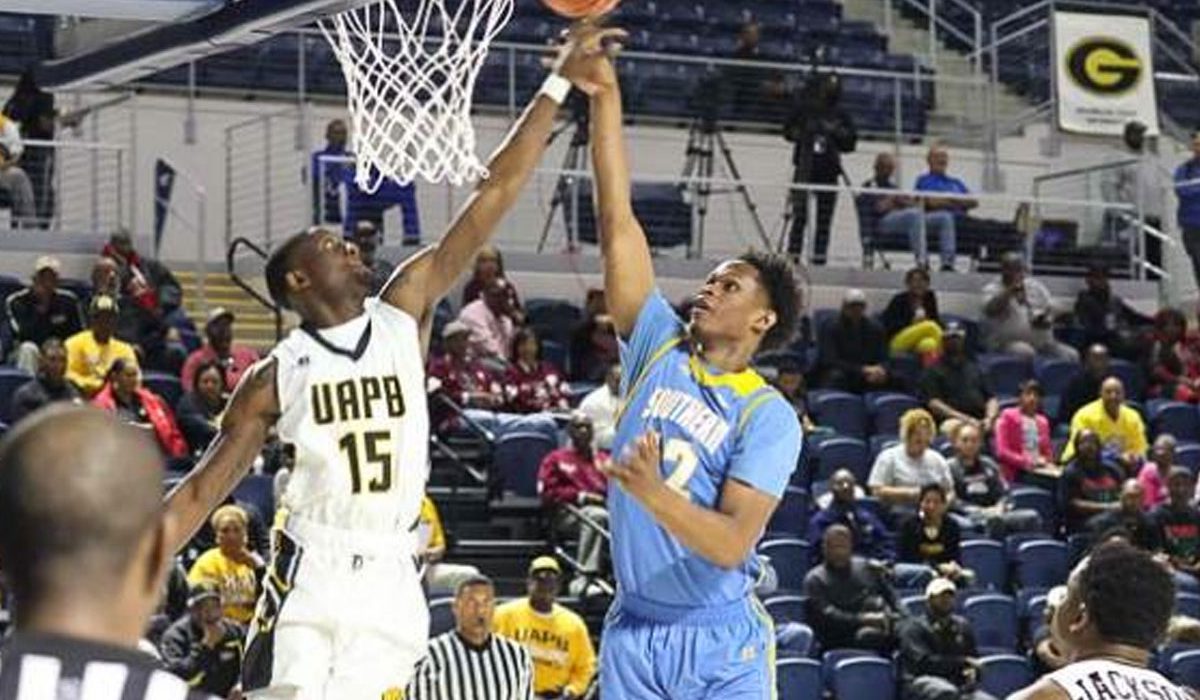 A nip-and-tuck contest initially, Arkansas-Pine Bluff (14-19) managed to distance itself thanks to McKnight, who scored nine points in the first 13 minutes and knocked down a three-pointer to push the Golden Lions ahead 19-11 with 7:18 left in the half.

Southern responded with a 11-2 run to take a 22-21 lead with four minutes left in the half, and Eddie Reese later keyed an 8-0 run – coupled with an UAPB scoring drought that lasted more than three minutes – to take a 30-23 advantage in the waning seconds of the half. However, Charles Jackson drew a foul on a three-point try with 0.7 seconds left, later converting all three from the stripe to cut Southern’s lead to 30-27 at the break.

Jared Sam asserted himself following intermission, as he accounted for five early points as the Jaguars pushed their lead to seven. After that, however, the Jaguars struggled to find the bottom of the net, slogging through a 3:03 drought without a field goal. Meanwhile, the Golden Lions responded through their big man Trent Steen, as he nailed consecutive jumpers to bring UAPB within one.

Travon Harper later split a pair of free throws to tie the game at 38 with 14:47 left. Seconds later, a McKnight bucket pushed the Golden Lions ahead 40-39, but Chris Thomas dropped in a floater to put Southern back in front.

Arkansas-Pine Bluff remained in striking distance throughout the second half, and Harper later scored on a put-back of a McKnight miss to tie it at 55 with 5:42 left, and McKnight later swiped an errant pass, going coast-to-coast for a lay-up that gave UAPB a 57-55 lead with just under five minutes left.

From there, McKnight assumed the role of closer, scoring UAPB’s last nine points as the Golden Lions pulled away from the Jaguars late.