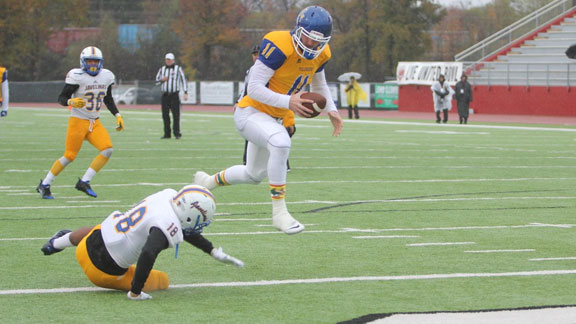 TEXARKANA, Ark. – Cold, rainy, and windy conditions played a significant factor in the 2016 Agent Barry Live United Bowl between the Texas A&M University-Kingsville Javelinas and the Southern Arkansas University Muleriders as both teams were held well below their season averages in terms of scoring and total offense.

As a result, the outcome of the game figured to come down to field position and turnovers. For much of the game, the field position battle was even, but four turnovers by the Muleriders led to 17 points for the Javelinas, propelling A&M-Kingsville to a 24-17 win on Saturday afternoon at Razorback Stadium.