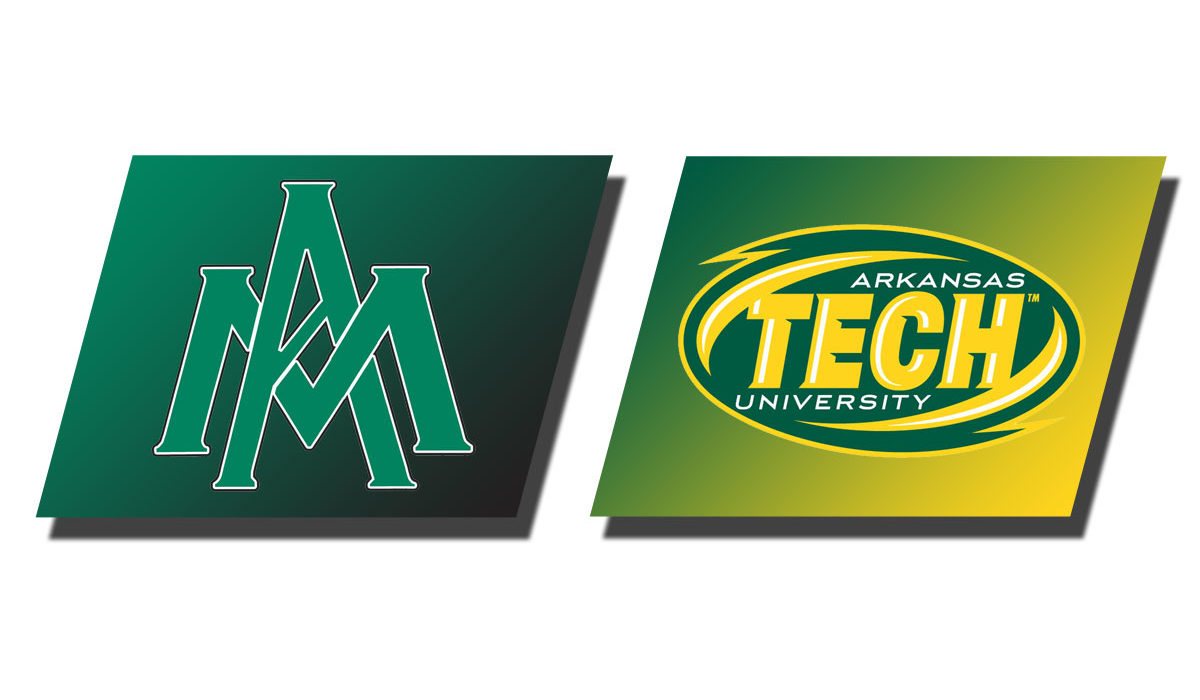 RUSSELLVILLE – The University of Arkansas at Monticello volleyball team fell behind 2-0 at Arkansas Tech University on Friday, but were able to mount a comeback and defeat the Golden Suns, 3-2. UAM improved to 2-0 against ATU this season; the first time it’s beaten ATU twice in one year since 2009.

Things looked bleak early on for the Blossoms as Arkansas Tech came out firing winning the first two sets, 25-16, and 25-20.

In set three, the Blossoms were behind 18-17, and it looked as if Tech was going to win it in straight sets, but UAM then went on a big run, which was sparked by several ATU mistakes. The Blossoms got five points on attack errors highlighted by a pair of blocks from Katie Pearson, Zealia Kleitz and MarKayla Dickie. UAM took a 24-19 lead and eventually won the set, 25-19 on another attack error by the Suns.

UAM carried its momentum into the fourth set taking an early lead, 7-4. ATU would fight back to take a lead of its own a few points later, 11-10, but the Blossoms would go on a run to take a 19-14 lead. Taylor Calhoun and Leslie Polanco put the finishing touches on the run with a pair of kills. Tech did cut the deficit to two points, but the Blossoms answered back with four points to go ahead, 23-17, and went on to win the set, 25-18.

With the match all tied up, 2-2, UAM went into the fifth set and took big lead early, 9-3; much in part to Jessica Mahan who had a pair of service aces to gain some momentum. Arkansas Tech would make it a battle though, coming within striking distance and eventually tying the set, 13-13. To close out the match, ATU lost a point on a service error, and Kleitz put some emphasis on the final point with a big-time solo block to secure the win.

Polanco led all attackers with 16 kills. She also added three service aces and an assisted block.

UAM’s big statistic on the day turned out to be the blocks totaling 18.0. Dickie had seven, Calhoun totaled five, Kleitz managed four, while Pearson and Polanco registered one apiece.

Along with Polanco, Mahan also recorded three service aces, and led the team in digs at 27.

With the win, UAM improves to 10-15 overall and 5-7 in conference games. The Blossoms are currently riding a three-game win streak and are one game back from eighth place in the Great American Conference Standings.

UAM returns home for a matchup with Southern Arkansas University at Steelman Field House on Tuesday at 6 p.m.