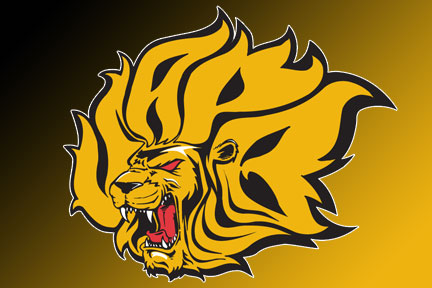 BIRMINGHAM, Ala. – The Southwestern Athletic Conference announce its 2016 Hall of Fame inductees with former University of Arkansas at Pine Bluff football player Dante’ Wesley to be included in this year’s class.
The 2016 SWAC HOF class will be enshrined on Dec. 1 at the Westin Galleria in Houston, Texas with the induction ceremonies set to begin at 6 p.m.
Wesley played three season with UAPB from 1999-2001, where he finished his career with 98 tackles and 10 interceptions.  He is a two-time Second Team All-SWAC section (1999, 2000) and earned First Team All-SWAC and All-American Honors in 2001 as he finished the season with four interception and one TD, earning a trip to the Hula Bowl.  In the contest he recorded an interception and earned a spot to participate in the 2002 NFL Combine.
In the 2002 draft, Wesley selected by the Carolina Panthers in the fourth round as the 100thoverall pick.  He made three National Football Conference Championship appearances once with the Chicago Bears (2006) and twice with the Carolina Panthers (2003, 2005).  In addition, he made two Super Bowl appearances, once with the Carolina Panthers in 2003 and again in 2005 with the Chicago Bears.  The 2006 Super Bowl was time in the history of the NFL that two African American, where head coaches of the two participating teams.
He finished his NFL career with 104 solo tackles, 94 assisted tackles, 2.0 sacks, 5 Fumble Recoveries and 18 pass deflections.
The 2016 SWAC Hall of Fame Class will include Jocelyn Tatum-Adams (Prairie View A&M), Garland D. Boyette (Grambling State), Tommy L. Green (Southern), Eugene Sanders (Mississippi Valley State), Dante’ Wesley (Arkansas-Pine Bluff), Emanuel F. Barnes (Alcorn State), Jessie Conerly (Alcorn State), Tommy Funchess (Jackson State), and Sidney James (Auburn University at Montgomery).