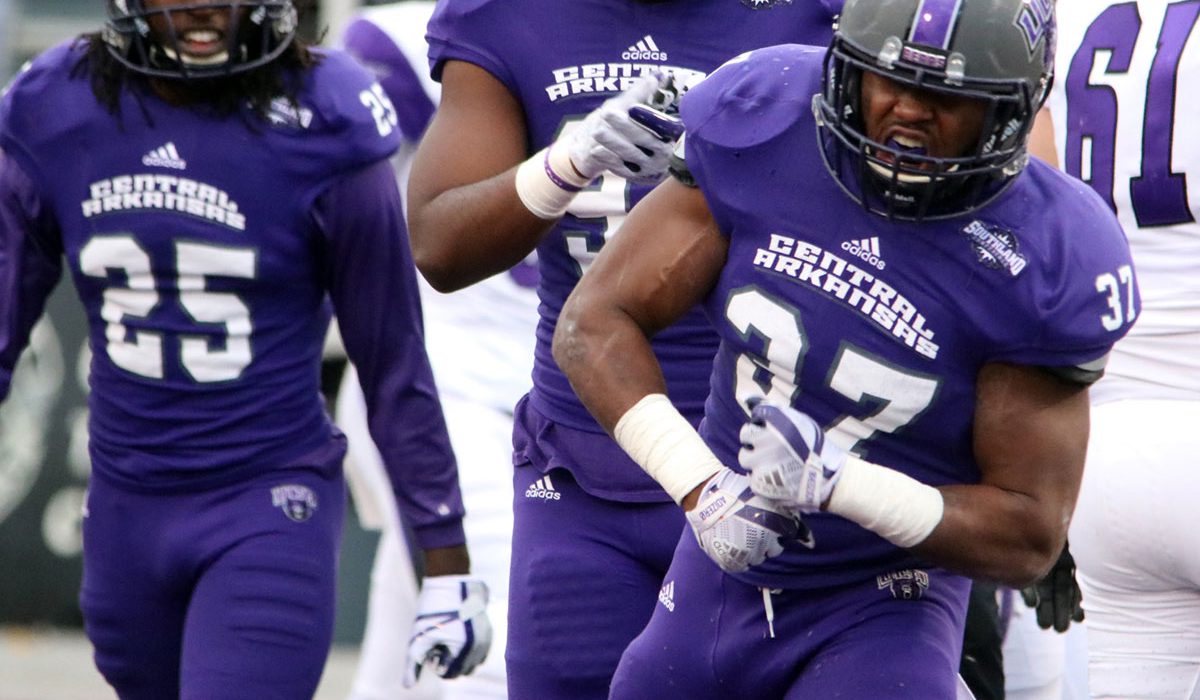 CONWAY – The University of Central Arkansas Bears earned their first national seed on Sunday, entering the NCAA FCS Playoffs as the No. 4 overall seed and the host of their bracket.

That distinction earns the Bears (10-1, 9-0) a first-round bye next Saturday. UCA, the outright Southland Conference champions, will host the winner of the first-round matchup between New Hampshire and Central Connecticut State on Dec. 2 at First Security Field at Estes Stadium.

That winner will take on the winner of Monmouth-Northern Iowa vs. No. 5 seed South Dakota State in the quarterfinals on Dec. 9. If the Bears win that second-round game, the next matchup will also be on “The Stripes.”

The Bears, ranked No. 3 in both FCS polls last week, are making their second consecutive FCS Playoff appearance and will host at least one game for the second straight season. UCA has won 10 consecutive games after a season-opening loss at Top 25 Kansas State on Sept. 2. The Bears wrapped up their first outright Southland Conference championship on Saturday with a 34-0 shutout of Abilene Christian, finishing off their first undefeated SLC season.

The Bears have never played New Hampshire, a member of the Colonial Athletic Association, or Central Connecticut State, from the Northeast Conference. New Hampshire (7-4, 5-3) tied for fourth place in the CAA while CCSU (8-3, 6-0) won the NEC title. They will meet at 1 p.m. (CT) Saturday in Durham, New Hampshire.

UCA is one of three SLC teams to make the field, including No. 6 seed Sam Houston State and Nicholls State. The Colonels will play South Dakota, with the winner facing SHSU in the second round in Huntsville, Texas.