WBC opens season with loss to LSU-Shreveport in Texarkana 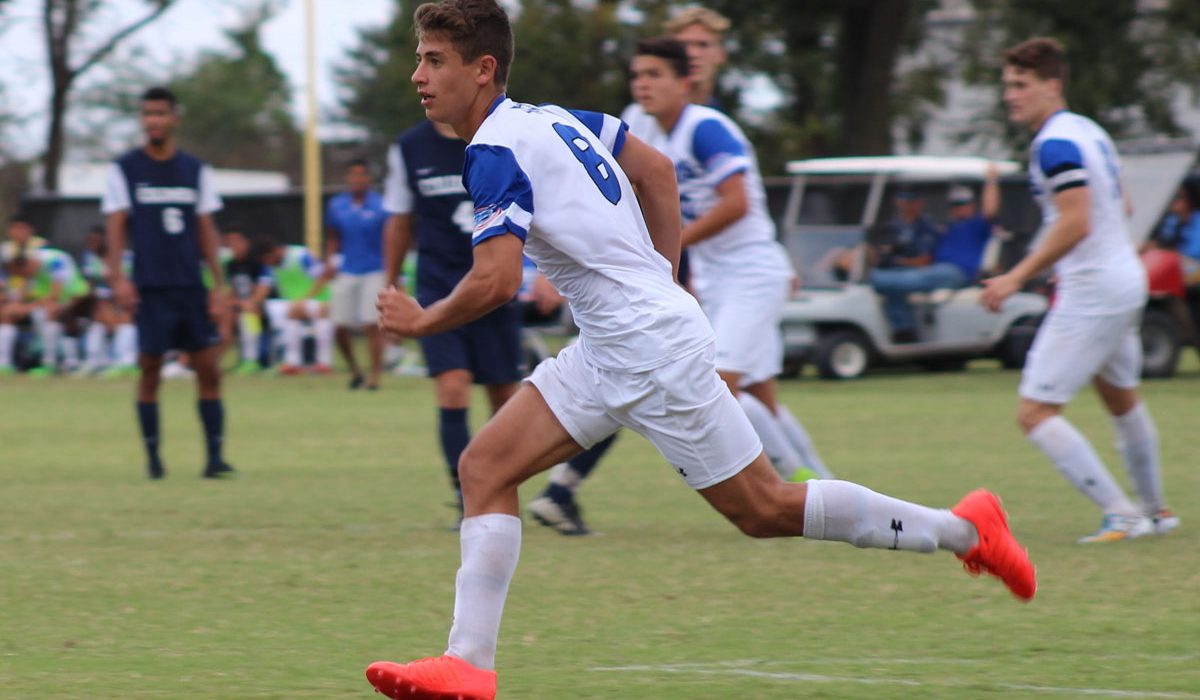 TEXARKANA, Texas – The Williams Baptist College Eagles opened their 2017 campaign in Texarkana, Texas, with a 6-0 loss to Louisiana State University-Shreveport.

A back-and-forth first half saw LSU-S grab the edge in the 19th minute with a goal by David Martinez. The Pilots doubled their lead in the 32nd minute with a perfectly placed chip by Daniel Meza. Despite the shots being fairly even (8-to-6) in the first half, the Eagles trailed 2-0 at halftime.

A four minute stretch in the second half saw four goals for LSU-S. Niall Cheshire scored in the 76 minute, followed by Murray Cockburn (78th minute), Meza (79th minute), and Cheshire again in the 80th minute to round up the scoring.

LSU-S held a slight edge in shots, with 15 (10 on-goal), compared to nine (four on goal) for the Eagles. Shreveport finished the game with five corner kicks, while WBC had four. Both teams received one yellow card in the contest.

The Eagles will head back out on Sept. 1, when they battle against Ecclesia College at 3 p.m. The two teams have met one time in history, with WBC winning 12-1 a year ago.