Wildcats have big fourth quarter in win over Ramblers 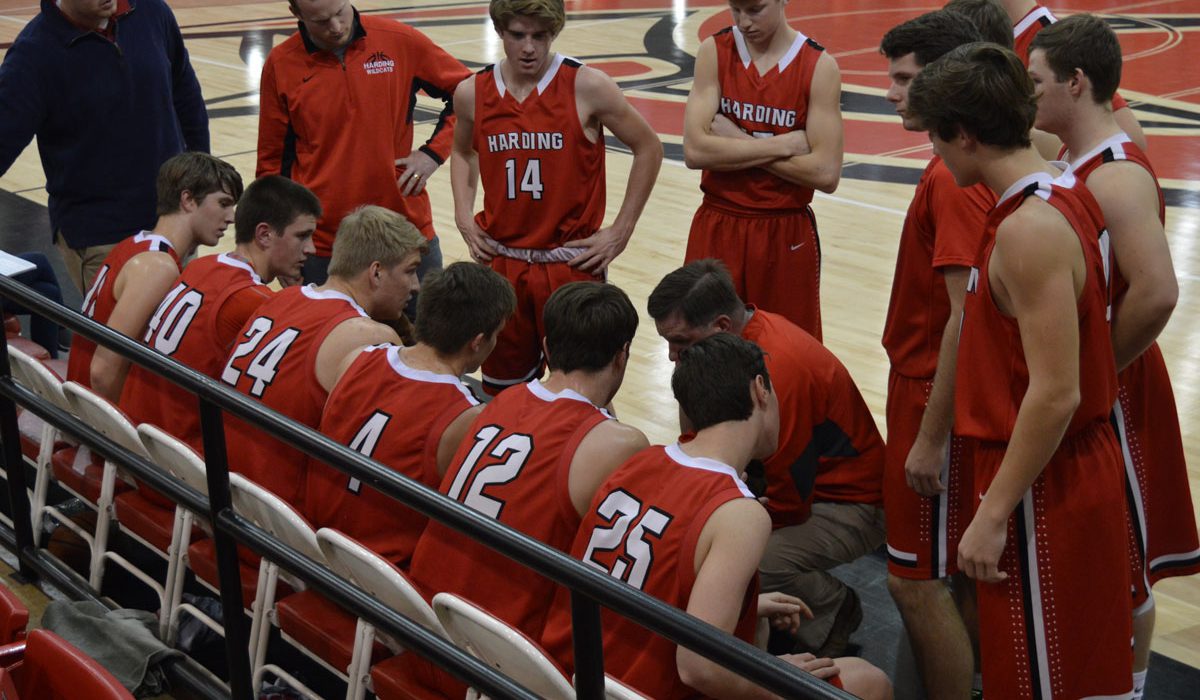 ROSE BUD – The Harding Academy Wildcats defeated the Rose Bud Ramblers, 54-47, in a conference matchup at Rambler Arena on Jan 23. The Wildcats had three players score in double figures as Brady Palmer led the way with 14 points. Travis Turley added 12 along with Pate Fullerton’s 10.

The Wildcats scored 26 points in the fourth quarter on a night when nothing seemed to fall. They only had 28 points going into the last quarter.

The Wildcats took control after Matt Francis hit a three to make it 44-40 with 3:52 remaining. After a Wildcats defensive stop, Francis came down and scored again to extend the Wildcats lead to six. He hustled back on defense and drew a charge that drew praise from his teammates. Coach Brad Francis said those plays were crucial in the win.

“Shots hadn’t been going all night and all of sudden he hits a three and the energy picks up,” Francis said. “It was the momentum that changed in our favor at that point.”

The Wildcats finished the game on a 16-9 run.

The game was tied at 19-19 with 6:18 remaining in the third before the Ramblers went on a 10-2 run led by Trent Reed. He scored seven straight for the Ramblers, including a fastbreak layup to make it 26-21 with 4:27 left in the quarter.

The lead stretched to 10 after Sean Blacksmith scored off a perfect lead pass from Thornton to make it 31-21. The Wildcats closed the quarter on a 7-0 run with baskets from Peydon Harlow and Palmer to make it 31-28 heading into the fourth.

The second quarter was low scoring as neither team scored over 10 points. Palmer opened the quarter with a pull-up three to make it 13-9 with 7:24 remaining. The Wildcats extended their lead to 18-12 before the Ramblers went on a mini 4-0 run by TJ Davis to close out the quarter at 18-16.

The Ramblers scored the first points of the game after Reed laid in an alley-oop pass from Brandon Lemieux to draw the crowd’s attention. Palmer hit back-to-back threes for the Wildcats to give them a 10-9 lead heading into the second.

Both teams are in action tonight as the Wildcats host the Heber Springs Panthers while the Ramblers take on the Bald Knob Bulldogs on the road.