Wildcats stay undefeated in conference with win over Southerners 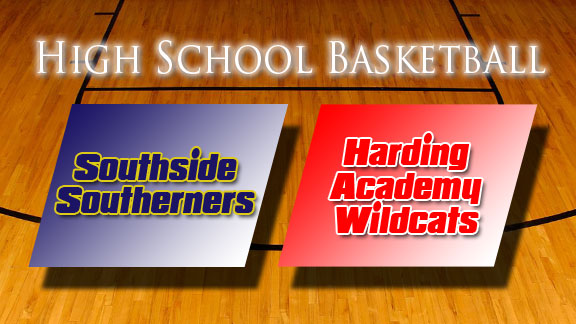 SEARCY—The Harding Academy Wildcats defeated the Southside Southerners, 55-54, in a double overtime thriller at the Harris Gym on Jan. 10. Brady Palmer led the way for the Wildcats with 20 points, including the game-winning three.

The win improved the Wildcats to 6-0 in conference, 10-4 overall. The Wildcats handed the Southerners their first conference defeat, dropping them to 6-1, 13-2 overall.

“A lot of the things we’ve been working on over the last couple weeks really showed tonight,” Francis said. “It ought to give us confidence to win against a quality team like Southside.”

The Southerners struck first in double overtime after Grant Patterson hit two free throws to take a 54-52 lead with 53 seconds left. Palmer stalled on the next possession before pulling up and connecting on a three with 8.3 seconds left to take the 55-54 lead. The Southerners scrambled on the last play before their coach called a timeout with 1.5 seconds remaining. Alex Brogdon shot a three at the buzzer but could not connect as the ball bounced off the front of the rim.

The Southerners opened the game on a 9-2 run. Trystan Alcorn scored all eight of his points in the first quarter and accounted for eight of the Southerners first 11. The Wildcats took their first lead of the game after Davis Morgan hit a shot at the end of the quarter to make it 12-11.

Both teams play next on Jan. 13 as the Wildcats will host the Tuckerman Bulldogs while the Southerners take on the Heber Springs Panthers away.