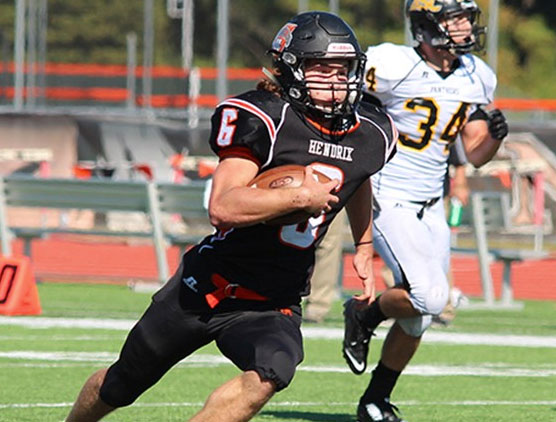 Hendrix running back Dayton Winn had the most rushing yards of any college back in Arkansas in 2015. Photo courtesy HC Sports Info.

Winn also led the Southern Athletic Association in rushing yards, rushing yards per game, yards per carry, rushing touchdowns, all-purpose yards per game and scoring. He was the SAA Offensive Player of the Year, All-SAA and d3Football.com All-South Region First Team pick and a semifinalist for the Gagliardi Trophy