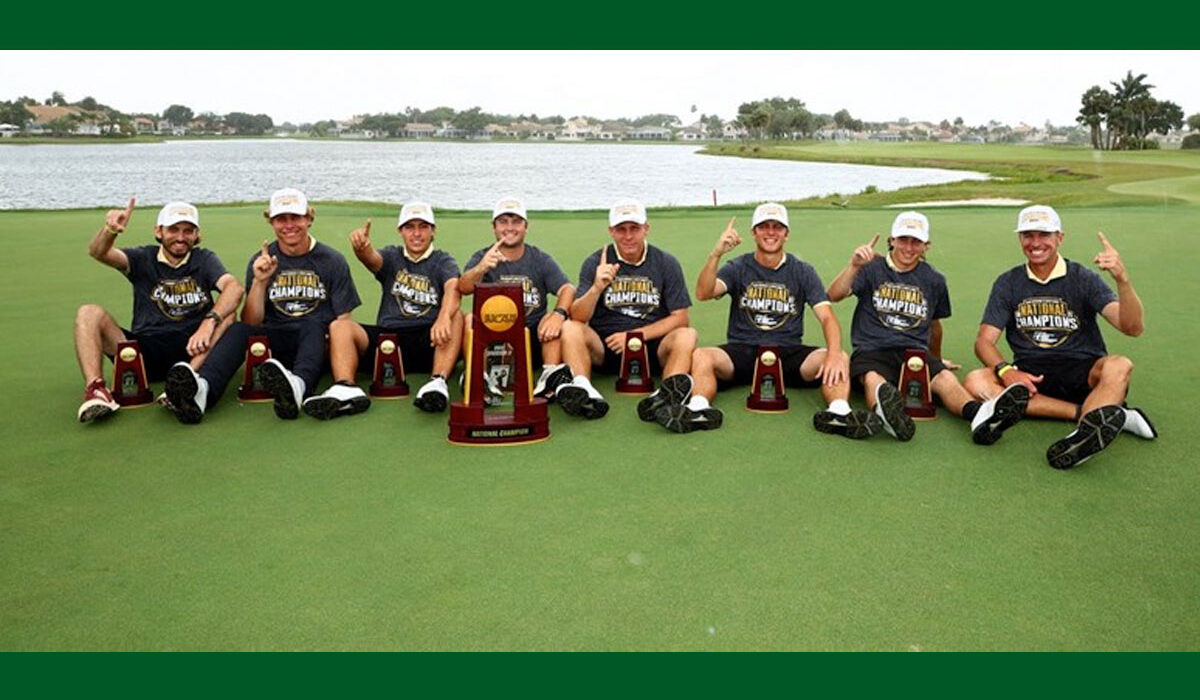 When Arkansas Tech University’s Andre Jacobs stepped to the 17th tee at PGA National’s Champion Course in Palm Beach Gardens, Fla., on Friday afternoon, he carried on his shoulders the hopes and dreams of a process that was set into motion three quarters of a century earlier.

It began when Sam Hindsman made the decision to leave Arkansas State Teachers College to join the physical education faculty and coaching staff at rival Arkansas Tech in 1947. A few years later, he recruited a 6-foot-7 two-sport star out of Waldron named Don Sevier to play football and basketball for the Wonder Boys.

Thirty years after his graduation from Tech, Sevier was in the role of director of athletics when the position of ATU head men’s basketball coach came open. Sevier selected Marty Barnes, and he brought with him an assistant coach named Dave Falconer.

Each of these men came within an eyelash of delivering the ultimate prize in college athletics — a national championship — to Arkansas Tech.

Hindsman was the coach and Sevier was a player when the Wonder Boys basketball program made back-to-back appearances in the NAIA National Tournament semifinals in 1954 and 1955.

Sevier was there again, as an assistant coach alongside head coach Don Dempsey, when Arkansas Tech’s 1971 football team finished as the NAIA national runner-up.

Barnes and Falconer led the Wonder Boys basketball program back to the NAIA National Tournament semifinals in 1995.

But as Jacobs arrived at the penultimate hole of the 2021 NCAA Division II Championships on Friday, no men’s team from Arkansas Tech had ever climbed to the pinnacle and it had been almost 30 years since the Golden Suns basketball program earned the only two national championships in school history.

The match between Jacobs and Georgia Southwestern’s Jaxson Daskalos was tied. The other four matches were already decided, and they had been split two wins for each side. The fifth and final match would determine the national champion.

Jacobs was more than equal to the weight of the moment.

He birdied the par-3 17th hole while Daskalos made bogey, providing Jacobs with a two-stroke lead going to the final hole. He held on to win by a single stroke, and the hopes and dreams of Hindsman, Sevier, Dempsey, Barnes, Falconer and so many other coaches, student-athletes, students, alumni and fans finally came true.

The Wonder Boys were national champions.

They were led there by a direct descendant of the coaching tree outlined above. In 2003, Falconer recruited a slender left-hander from McKinney, Texas, to play for the Wonder Boys. Luke Calcatera earned four letters and was a member of ATU’s 2004 GSC championship team.

After Falconer passed away on June 11, 2011, Calcatera was chosen as his successor.

Now, almost exactly 10 years later, the circle is complete. The ultimate goal has been achieved. And I’m sitting in my kitchen, 1,200 miles from the trophy presentation, living vicariously through the text messages from our interim director of athletics, Abby Davis, and fighting back tears of joy as I type all this. Fight On, Arkansas Tech. We did it.