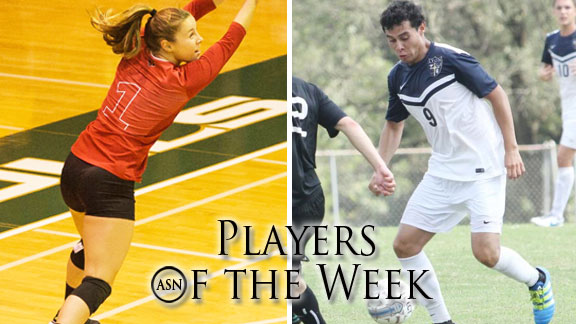 This week’s Arkansas college Players of the Week are Markie Schaedig, ASU, and Ulises Cordova, Lyon.

The Red Wolves went 2-1 to open the season at the TCU Invitational and Schaedig and had 60 digs through those first three matches. Her stat line now shows 5.45 digs per set, which is at the top of the Sun Belt list after the first weekend. The senior had 19 digs in each of the wins, over Northwestern State and North Carolina State, and each were three-set sweeps.

The Scots won their only match this week, a 3-2 victory over Martin Methodist. Cordova had two goals in the contest. His first came in the 35th minute to open the scoring for both sides. His second was a header in overtime that gave his team the win, the first of the season for Lyon.