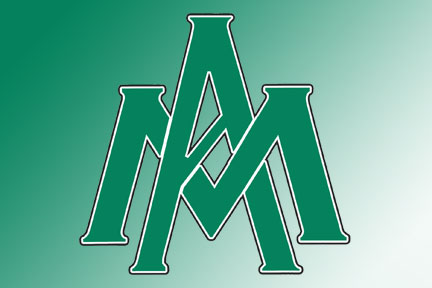 Pate joined the Weevils during the winter as the program’s new defensive coordinator. He comes to Monticello with over six years of collegiate coaching experience and four years of coaching in the high school ranks.

At the college level, Pate has made stops at Mississippi College, Southern Mississippi and Coffeyville Community College.

At MC, he was the defensive line and outside linebackers coach, while also serving as the team’s head strength and conditioning coordinator. During his tenure with the Choctaws, he coached five all-conference and all-region honorees.

Pate then moved on to Coffeyville Community College as the defensive coordinator and linebackers coach, where he led the top-ranked defense in the nation.

Pate and his wife, Beth, have a two-year-old daughter named Caroline. He has a pair of degrees from Mississippi College, a bachelor’s degree in kinesiology and a master’s degree in higher education administration.

Bowman is UAM’s new defensive backs coach. He comes to UAM following a two-year sting at the defensive coordinator at Cordova High School in Memphis, Tennessee. Bowman helped coach his team to a 9-2 record, and the No. 5 total defensive until in the state of Tennessee and No. 1 unit in the Shelby Metro.

Over the past two seasons, Bowman has been selected as the defensive coordinator for the Liberty Bowl Memphis Metro All-Star Game.

During his playing career at Lambuth University, Bowman played under current Ole Miss head coach Hugh Freeze, and earned all-conference honors as a junior and as a senior. He graduated from Lambuth in 2008 with a Bachelor of Science.

Jackson also hired two new graduate assistants during the offseason in Reagan Wise and Jeff Barnett. Both will aid in coaching the defense. Wise was a four-year letter winner as UAM’s punter and will also assists with special teams. Barnett most recently coordinated UAM’s video efforts. Both are UAM graduates.