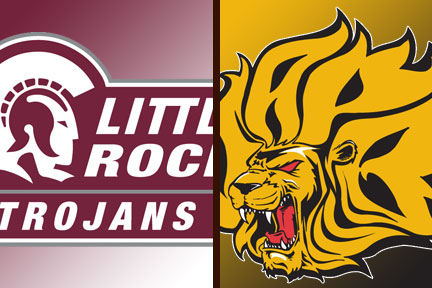 Caitlyn Eddy got the Trojans going with a goal in the 21st minute. With multiple players for both teams scrambling for the ball in the penalty area, Doro Greulich notched the ball back to Eddy who tucked it underneath the goalie for a 1-0 lead.

Jaclyn Purvine scored next for her first time this season, taking a pass on the right side from Quin Wilkes. Purvine looped the ball over the UAPB goalkeeper in the 37th minute to make it a 2-0 Trojan lead.

Fresh off the bench after halftime, Madison Bingham got the first goal of her college career. With Harrison Hayworth on the ball, a UAPB defender tackled it away from her. But the ball slid right to Bingham, who rocketed a low shot straight into the back of the net to make it a 3-0 Trojan lead.

Purvine got her second goal seven minutes later, this one on a penalty kick after a UAPB defender used her hands in the penalty box. And Purvine notched an assist on a Fali Garuba goal in the 60th minute, passing the ball to an open Garuba in the middle of the box.

Quin Wilkes capped the Trojan scoring with a shot from distance in the 72nd minute.

Little Rock stays on the road for its next game when it takes on Texas A&M on the SEC Network+. The game will be play Friday at 7:30 p.m.